Along the road to discovery

“Wouldn’t it be great to work in San Diego?”

While driving north from Coronado Island in San Diego, Eva Engvall Ph.D., turned to Erkki Ruoslahti, M.D., Ph.D., and asked a question that would change their lives and impact the success of a then-small cancer research institute in La Jolla.

It was 1979, and both scientists were working at the City of Hope National Medical Center in Duarte, California. Engvall said the weather, the sun, and the ocean views “...were so fantastic that I turned to Erkki and said, “wouldn’t it be great to work in San Diego?”

“Only in America could this happen. The government funded us to do what we loved doing, and we were making headway.”
– Erkki Ruoslahti, M.D., Ph.D.

That simple question led to referrals from trusted colleagues to William Fishman, Ph.D., founder of the La Jolla Cancer Research Foundation, who recruited them as senior scientists that same year.

Fast-forward 37 years later, Ruoslahti is a distinguished professor at Sanford Burnham Prebys Medical Discovery Institute (SBP), a member of the National Academy of Sciences, and former president of the Institute (from 1989-2002). Engvall is a professor emeritus at SBP and is collaborating on a book about the Institute with Nina Fishman, the founder’s daughter. 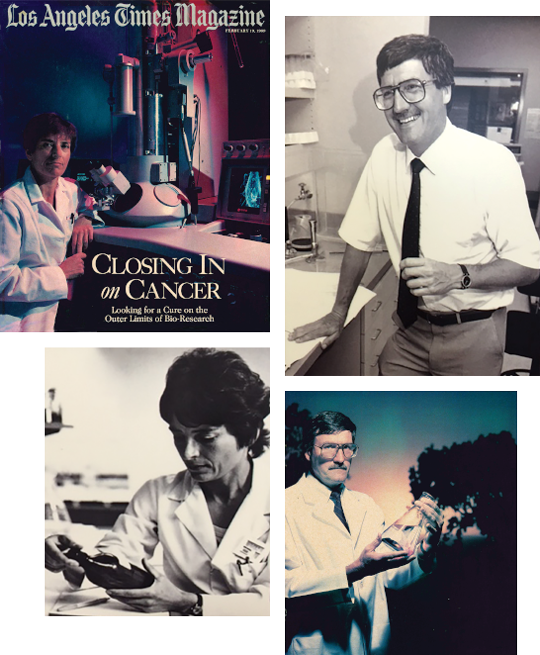 “The environment for scientists was and still is wonderful,” says Ruoslahti. After Engvall’s early discovery of the ELISA test—a laboratory method that uses antibodies to detect proteins—she and Ruoslahti improved the technology, creating a new version that is still the basis for many clinical diagnostic tests, such as the one for HIV. Engvall went on to use monoclonal antibodies to discover new tissue proteins, some of which we now understand to be key contributors to severe genetic diseases such as muscular dystrophies and Marfan syndrome.

Ruoslahti discovered the molecular basis for cell adhesion, a significant advance in cell biology that earned him the Japan Prize 20 years later, and led to two drugs — Integrelin™ and Aggrastat™ — that are now used to treat certain forms of heart disease.

And today, Ruoslahti’s science has taken another road. “I got into nanomedicine about 15 years ago,” he says. “I come from a family of engineers (both his father and brother were engineers) so maybe that’s why nanoparticles and materials science are so fascinating to me. Had I known how interesting it was back then, I would have pursued it earlier,” he adds. 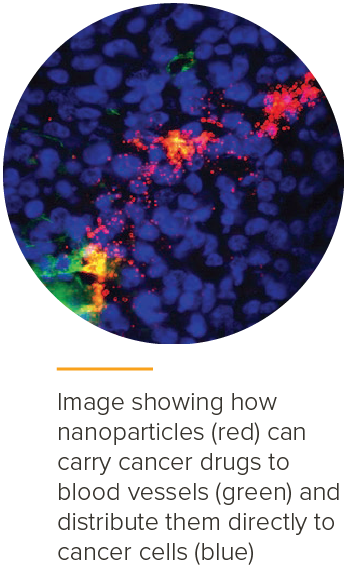 Nanoparticles are considered a promising new approach in medicine because they can carry out many different tasks that a simple drug cannot. One such function—and the one that is Ruoslahti’s specialty—is to direct a drug into tumors in a selective way, increasing the efficacy of the drug, while reducing the collateral damage the drug may cause to normal tissue. He is the founder of three companies that are making progress on this front.

A book in the works

As for Engvall, she took a leave of absence from science when she and Ruoslahti bought a large ranch in the Santa Ynez valley. But ranching was not her passion. “It was a semi-wild Texas longhorn cow that convinced Erkki to sell that ranch!” she says with a smile. “The dogs and I found a newborn calf in the tall grass, and the mother cow came storming toward me with broad horns and head low. My back was against the barbed wire. Erkki thought the cow was going to kill me for sure, as she came within a foot of me, stopped and stared at me. I could tell in her eyes that she wasn’t going to kill me,” she says.

They returned to Rancho Santa Fe, where they live today with their whippets— exceptionally fast, quiet, medium-sized dogs that form very close bonds with their owners. And when not in San Diego, they visit their much smaller ranch in the Santa Ynez valley or vacation with their large family, three sons and six grandsons.

“The book I’m working on will share what it was like to work in this incredible place, and hopefully inspire others to pursue paths that ultimately make a difference,” Engvall says. 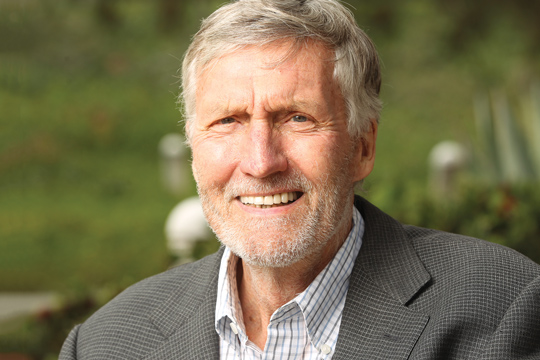 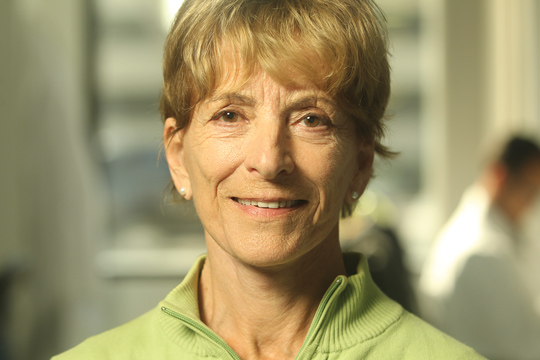