From sci-fi to science

Can a zebra change its stripes? The old saying says no, but for Duc Dong, Ph.D., the answer is a resounding yes.

“Mature cells appear to have the potential to convert into any other cell type,” says Dong, assistant professor at Sanford Burnham Prebys Medical Discovery Institute.

“The dogma is that as cells mature and become different lineages—an eye cell, a gut cell and so on—they lose their potential to become something else. But we’re starting to see that their potential to adopt completely different identities is still there, even while they remain in the body, within highly specialized tissues.”

“My vision is to cure diseases by taking biology in directions that evolution could not.”

Dong’s goal is to unlock that potential—not to change a zebra’s stripes, but to advance regenerative medicine. In the lab, he and his team are developing technologies to reprogram dispensable cells such as skin, vasculature and fat cells so they transform into “replacement cells”—such as insulin-producing cells for diabetics, or dopamine- producing neurons for patients with Parkinson’s disease.

What’s more, the team is making these transformations happen not in a petri dish, but in vivo—inside a living organism and without the use of stem cells. Replacement cells generated in the body, as opposed to in artificial culture conditions, are believed to be safer and have greater functionality.

“What we’re asking is, ‘Can we change any cell into any other cell, all within the body?’” he explains. “Because if you can, the sky’s the limit. You could make replacement cells and tissues for degenerative diseases and injuries,” Dong says. “You could use that approach for almost any health problems that require replacement cells.” 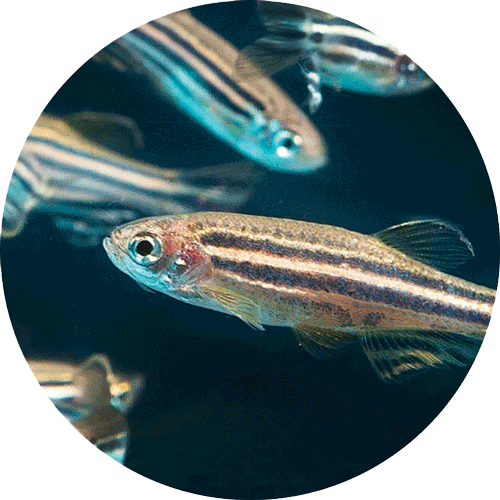 Dong’s path to his La Jolla lab and the cutting edge of developmental genetics began more than 8,000 miles away. Born in Vietnam, he and his siblings and parents were refugees who escaped the country by boat when Dong was 4. They later settled in Santa Clara, California, during the dawn of the Silicon Valley.

His family struggled, but Dong used his budding ingenuity to build his own toys and conduct scientific experiments on bugs. “All my failed experiments happened when I was a kid,” he says with a laugh. By his high school years, his team won Mars rover engineering contests sponsored by NASA.

His inquisitive mind and affinity for science fiction (everything from Dr. Frankenstein to “Star Trek”) led him to pursue a career in biology. His first published paper as a graduate student included a sci-fi–like insect experiment: genetically inducing antennae, normally found on a fruit fly’s head, to grow out of other parts of the fly’s body.

“What we’ve learned from this work is that just a couple of genes can change a cell lineage to be something else entirely,” says Dong.

After a postdoc at UC San Francisco, he joined Sanford Burnham Prebys in 2008 and received the prestigious National Institutes of Health (NIH) Director’s New Innovator Award in 2012 to further advance his lineage reprogramming technologies in a vertebrate model.

He and his team are using zebrafish—tiny striped fish known for their regenerative abilities—as a model to reprogram cells into unrelated cell types, completely within the body of these living vertebrate animals.

The idea of reprogramming cells while they remain in the body might sound like science fiction, but there’s nothing fictional about it. Dong describes it as “hacking a cell,” and so far, the team has succeeded in “hacking” muscle and skin cells in zebrafish and converting them into pancreatic cells—just one step removed from pancreatic beta-cells, the insulin- producing cells lost in diabetics. Using the same principle, they are very close to making neurons, and are also working on generating heart and liver cells.

Drawing from their expertise in developmental genetics, the team is also researching the genetic mechanisms of heritable diseases, including diabetes and Alagille syndrome, a neonatal disorder affecting the liver and other organs.

“I love finding answers to fundamental questions that people didn’t think to ask,” Dong says. “These answers impact how we view and treat disease.”