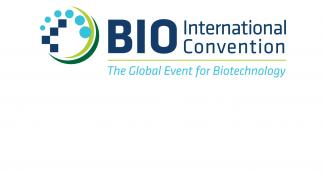 Two SBP researchers will be sharing their knowledge and insights at the 2017 BIO International Convention, which will be held June 19th to the 22nd at the San Diego Convention Center.

Rolf Bodmer, Ph.D., professor in the Development, Aging and Regeneration Program, will be part of a panel on June 21st titled, “Reimagine Old Age: New Frontiers in the Science of Aging.”  Bodmer will highlight new biomedical research, as other panelists report on drugs that are presently in development and discuss how pharmaceutical companies are approaching new treatments for diseases related to aging.

“With our population aging, it becomes more important to understand and find ways to remedy the rapid decline and diseases that come with getting older,” Bodmer says. “We don’t necessarily need to live that much longer, but we need to find out how to have all of our organ systems work their best, to live healthier and happier as we age.”

Bodmer will also talk about the use of fruit fly models in his lab at SBP to study different aspects of aging, including cardiac function.

“Organisms like the fruit fly have an infinite box of genetic tools that can be used to figure out how our genetics and signaling pathways work. What we learn from them can help in the development of drugs for people with age-related diseases,” says Bodmer.

Reimagine Old Age: New Frontiers in the Science of Aging

Scott Peterson, Ph.D., professor in the Tumor Microenvironment and Cancer Immunology Program, will be on the “Microbiome 2.0: Going Beyond Bugs as Drugs” panel, also on June 21st.  Dr. Peterson’s focus will be on using prebiotics as a way of modulating or altering the gut microbiome to impact health.

Additional panelists will discuss new microbiome targets, novel approaches to regulate the gut-brain axis and how big data fits in.

“Beyond bugs as drugs means it’s no longer just about probiotics, now prebiotics have become part of the equation,” Peterson says. “We want to know if we can use pre-biotics to change someone’s microbiome to make them more responsive to certain drugs.”

Peterson says the translational aspect of microbiome research is starting to take form, and he is looking forward to talking about his research with potential new partners at BIO 2017 and beyond.

“NIH funding is hard to come by right now, and getting biotech interested in the microbiome will eventually benefit all of us.”

Microbiome 2.0: Going Beyond Bugs as Drugs