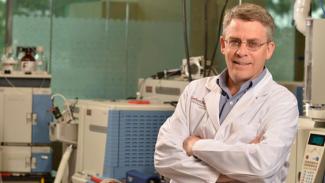 A recent article highlighted how the federal 21st Century Cures Act will benefit Orlando-area research institutes, including SBP. The legislation, which was passed by the House of Representatives in July, would promote medical research and accelerate the translation of discoveries into new drugs and medical devices by increasing funding for the National Institute of Health (NIH) and making research and healthcare policy changes.

The 21st Century Cures Act, which remains to be passed by the Senate, calls for annual increases in the stagnating budget for the NIH amounting to about 3% per year for 3 years when adjusted for inflation, as well as an additional $2 billion per year for 5 years to create an “NIH Innovation Fund.” NIH funding was recently increased by $2 billion (6.7%) in December as part of the 2016 budget.

The article quotes Stephen Gardell, Ph.D., senior director of Scientific Resources at SBP, on the importance of NIH funding: “The NIH is making an investment in the work of researchers and looking for a return on that investment—discoveries that will provide the foundation for new therapies and new devices that will improve human health and combat disease.”

Gardell’s research focus involves the profiling of metabolites in blood, urine and tissues to discover novel biomarkers. Large-scale profiling of metabolites enabled by remarkable advances in mass spectrometry has created a new area of research called metabolomics. Hundreds of different metabolites (“biomarker candidates”) can now be measured in a single drop of blood. The metabolite profile provides a signature of health, disease and drug action that can help to recognize a disease early and guide the care provider to select the right drug.

Gardell also emphasized that SBP is well equipped to carry out the translation of discoveries from bench to bedside that the act is intended to promote. He described the SBP drug discovery program as “a very capable and powerful resource that is modeled after the infrastructure in the world-leading pharmaceutical companies.”