A sugar found in seaweed may help treat skin cancer 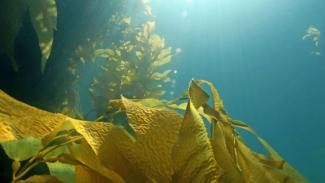 New research from scientists at Sanford Burnham Prebys Medical Discovery Institute (SBP) suggests that a rare sugar found in seaweed, mushrooms, seeds and other foods may be able to help treat skin cancer. The sugar, called L-fucose, has previously been linked to a number of pathological conditions including inflammation and certain cancers. The current study, published in Science Signaling, is the first to associate L-fucose with melanoma, the most dangerous form of skin cancer.

“Our findings offer new, unprecedented detail into the sugar’s role in cancer,” said Ze’ev Ronai, Ph.D., senior author and scientific director of SBP’s La Jolla campus. “We found that by tampering with L-fucose metabolism, we could inhibit melanoma tumor metastasis. Not only were the tumors affected but also their microenvironment—the cells surrounding the tumor that play a critical role in sustaining the cancer—making the discovery even more impactful.”

Sugars, such as glucose and sucrose, come from many different sources and are used by the body in unique ways. Some sugars, including L-fucose, provide crucial tags on cell-surface proteins that signal inflammation and help direct cell migration. Previous research has shown that changes in the amount of L-fucose on cells are associated with breast and stomach cancers.

The study started with a broader investigation of activating transcription factor 2 (ATF2), a protein that controls the expression of many other proteins and that has been implicated in the development of melanoma and other cancers. Ronai’s group has been studying ATF2 for more than 20 years.

"To our surprise, one of the genes found to be regulated by ATF2 was fucokinase (FUK), which controls the ability of cells to process the dietary sugar, L-fucose, into a form that is useable for the modification (fucosylation) of proteins, many of which are on the cell surface, said Ronai."

“In human samples, we found reduced fucosylation in metastatic melanomas and a better prognosis for primary melanomas with increased fucosylation. We suspect that the absence of L-fucose on melanoma cells makes them less sticky and more mobile in the body, making them more likely to metastasize,” Ronai explained.

Importantly, in mice with melanoma, the researchers were able to increase fucosylation either by adding the sugar to their drinking water or by genetic manipulation. Both methods inhibited the growth and metastasis of the tumors.

“Many patients develop resistance to current melanoma drugs. If we can add something like L-fucose to enhance these therapies, that’s very exciting, and it’s something we’re actively looking into,” said lead author Eric Lau, Ph.D., who is extending studies on the role of L-fucose in melanoma at the H. Lee Moffitt Cancer Center in Tampa, Florida,

“The dietary result was especially gratifying, because it suggests that modifying fucosylation could be achieved by the simple addition of L-fucose to drinking water.

“Our results further suggest that the addition of dietary sugar may help fight melanoma by boosting numbers of helpful immune cells. We are continuing our exploration of how fucosylation and other sugar coatings affect the immune system and impact cancer,” added Ronai.