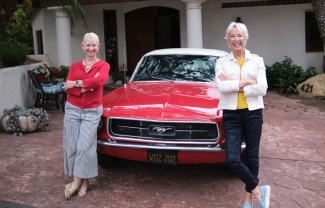 Helen Eckmann and Ruth Claire Black share a common history with breast cancer and a drive to serve their community.

Ruth Claire Black and Helen Eckmann are sisters from different parents. They both have doctorates, work as professors and volunteer for Sanford Burnham Prebys’ Cancer Advisory Board (CAB).

Black and Eckman are incurable optimists and are both thriving after breast cancer. They want other cancer survivors to feel the same way.

“One of the messages we like to deliver is that you can live an amazing, vibrant, positive, productive, fully engaged-in-your-community life,” says Black, “even after fully metastasized, stage 4 breast cancer.”

Black knew all along that she was going to face breast cancer. Both her grandmother and mother died from the disease when they were in their 50s. That shoe dropped for her, as expected, around her 50th birthday.

“I got my diagnosis on a Thursday before a long Memorial Day weekend,” says Black. “I kept calling in, getting the switchboard and becoming increasingly anxious. But I was lucky. I had people I could call to talk me off the ledge.”

One of her impromptu counselors was Helen Eckmann.

Eckmann was initially diagnosed when she was 42, the first of three bouts with the disease. Following an inconclusive mammogram, Eckmann was instructed to come back in six months, but a sudden epiphany brought her back sooner.

“I was putting on a pair of shoes, and I think God spoke to me and said, ‘Go now!’” says Eckmann. “I told the doctor I wanted a needle biopsy to figure out whether it was actually cancer. They told me not to worry about it, to wait the full six months, but I insisted. At that point, the cancer had already moved into my lymph system.”

That was just the beginning of her long journey, including multiple rounds of chemotherapy and surgery. “About six years ago, I was going up the stairs, and my right femur broke,” says Eckmann. “The cancer had gone to my bones.”

From Experience to Advocacy

Eckmann and Black were knocked down repeatedly by breast cancer, but they kept getting back up. During these treatment odysseys, each developed a profound ability to see the disconnects in the system: the oncologists who wouldn’t take their intuition seriously (but soon learned better); the insurance companies that seemed to make random coverage decisions; the difficulty finding timely, accurate information.

“I’m a lawyer, a professor and I’ve worked a lot as a consultant,” says Black. “But even with that background, I didn’t know what I needed to know to successfully move through treatment. I think that’s a common theme.”

Both wanted to find productive ways to give back. Eckmann was one of the earliest members of the Sanford Burnham Prebys’ NCI-designated Cancer Center’s Community Advisory Board, which includes cancer survivors and family members who’ve supported a loved one through treatment. She recalls her conversation, many years ago, with President Kristiina Vuori, M.D., Ph.D., who was the Cancer Center director at the time.

“I told her I wanted to help, and she leaned across the desk and practically hugged me,” said Eckmann. “She said she was going to put me to work, and she did.” 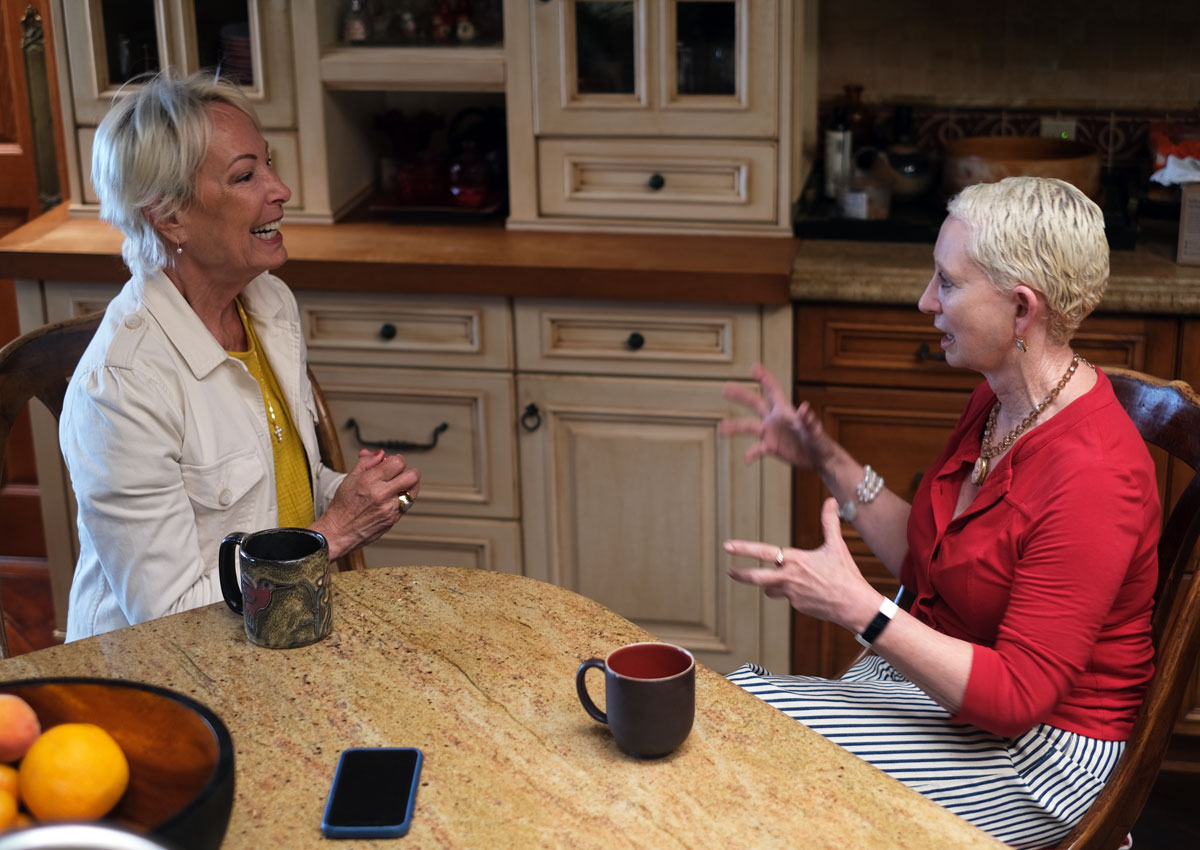 Black joined a few years later. Together with seven fellow CAB members, they organize public events to educate the community about cancer research, teach scientists how to communicate their work to lay audiences and help principal investigators with their grant applications.

“Part of the Department of Defense’s (DOD’s) Breast Cancer Research Program grant assessment process is measuring community support for the research,” says Black. “We act as advocates, providing support letters and making sure the patient experience is understood in the lab.”

This is no small piece. Dedicated lab scientists spend much of their time conducting research. And while this often gives them great insights into cancer biology, and possible interventions, it can also create blind spots.

“One time I was at a lab meeting, and they were talking about an experiment that would require patients to give blood samples every month or so,” says Black. “But that's a high burden to place on people who may not have an extra two hours in their schedule. The lab’s focus was on how to collect these biomarkers sequentially over time, but they hadn’t really thought about the patients. This was a new perspective for them, and they were really open to it.”

Both Eckmann and Black have steadily elevated their game and are now part of the DOD’s Consumer Review Program, in which they rate grant proposals for their potential impact on patients. Eckmann has also joined NCI Cancer Center accreditation visits, and Black is on the Food & Drug Administration’s National Mammography Quality Assurance Advisory Committee.

All these efforts are driven by their concerns for fellow cancer patients and survivors. They clearly remember those early days, soon after diagnosis, when they didn’t understand their roles as patients, insisted on working and keeping their normal hectic schedules and tried to pretend that nothing was wrong.

Over time, they learned that cancer treatment is a marathon, and that it’s easy for people to waste tremendous energy on issues beyond their control until they have nothing left in the tank. However, they also want their peers to know that, yes, a cancer diagnosis is horrific, but it will help people find resilience they never knew they had.

“The journey will make you stronger for sure,” says Black, “whether you want to be stronger or not.”