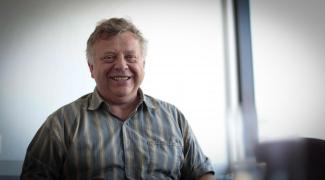 Sanford Burnham Prebys Medical Discovery Institute (SBP) scientists are part of an international team led by Northwestern University Feinberg School of Medicine that has determined the 3D atomic structure of more than 1,000 proteins that are potential drug and vaccine targets to combat some of the world’s most dangerous emerging and re-emerging infectious diseases.

These experimentally determined structures have been deposited into the World-Wide Protein Data Bank, an archive supported by the National Institutes of Health (NIH), and are freely available to the scientific community. The 3D structures help expedite drug and vaccine research and advance the understanding of pathogens and organisms causing infectious disease.

“Almost 50 percent of the structures that we have deposited in the Protein Data Bank are proteins that were requested by scientific investigators from around the world,” said Feinberg’s Wayne Anderson, Ph.D., director of the project. “The NIH has also requested us to work on proteins for potential drug targets or vaccine candidates for many diseases, such as the Ebola virus, the Zika virus and antibiotic-resistant bacteria. We have determined several key structures from these priority organisms and published the results in high-impact journals such as Nature and Cell.

Teamwork with an international consortium

This milestone effort, funded by two five-year contracts from the National Institute of Allergy and Infectious Diseases (NIAID), totaling a budget of $57.7 million, represents a decade of work by the Center for Structural Genomics of Infectious Diseases (CSGID) at Feinberg, led by Anderson in partnership with these institutions:

How the 3D structures are made

Before work begins on a targeted protein, a board appointed by the NIH examines each request. Once approved, the protein must be cloned, expressed and crystallized, and then X-ray diffraction data is collected at the Advanced Photon Source at Argonne National Laboratory. This data defines the location of each of the hundreds or even thousands of atoms to generate 3-D models of the structures that can be analyzed with graphics software. Each institution in the Center has an area of expertise it contributes to the project, working in parallel on many requests at once.

Experimental structure determination used to have a very high failure rate and the money and time spent on failed attempts is a major contributor to the total expense and time needed to solve protein structures. Both can be significantly improved using “Big Data” approaches, as researchers learn from thousands of successful and failed experiments in structural biology. The SBP bioinformatics group uses these approaches to improve success rates at CSGID, allowing our center to solve more structures at lower costs.

Until recently the process of determining the 3D structure of a protein took many months or even years to complete, but advances in technology, such as the Advanced Photon Source, and upgrades to computational hardware and software has dramatically accelerated the process. The Seattle Structural Genomics Center for Infectious Disease, a similar center funded by NIAID, is also on track to complete 1,000 3-D protein structures soon. Browse all of the structures deposited by the CSGID.

Anyone in the scientific community interested in requesting the determination of structures of proteins from pathogens in the NIAID Category A-C priority lists or organisms causing emerging and re-emerging infectious diseases, can submit requests to the Center’s web portal. As part of the services offered to the scientific community, the CSGID can also provide expression clones and purified proteins, free of charge.

This project has been supported by federal funds from the NIAID, NIH,  Department of Health and Human Services, under contract numbers HHSN272200700058C and HHSN272201200026C.