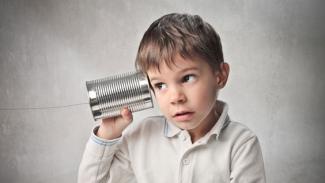 This post was written by Diane Wilson, a freelance writer.

In a growing trend, scientists across the nation are recognizing the need to become better communicators—better advocates, if you will—of the important research they perform. Having the skills to clearly explain what they do and why they do it to a lay audience not only increases the public’s understanding of science, it also helps people make knowledgeable decisions on government and public policy. And that can lead to increased funding.

Noted science journalist and associate director of MIT's Graduate Program in Science Writing Seth Mnookin will talk about his experiences on a number of complex topics, ranging from controversies about vaccine safety to the use of exome sequencing for rare disease diagnosis. He'll address the tension between keeping the public's attention and sensationalizing results, ways to combat misinformation, and how to effectively address members of the media.

This talk is open to the public.[/st_callout]

“I’d like to see the public follow the exploits of science in the same way they follow sports stars,” said Alan Alda during a recent appearance in San Diego. The well-known actor and science enthusiast was in town to speak at the Kavli Institute for Brain and Mind at the University of California, San Diego, on improving communication between scientists and the public. Alda, who hosts the PBS television show Scientific American Frontiers, has interviewed more than 700 scientists and in 2009 founded the Alan Alda Center for Communicating Science within the School of Journalism at New York’s Stony Brook University. The center “works to enhance understanding of science” because “an engaged public encourages sound public decision-making.” As Alda said in an interview with U-T San Diego, “You have a hard time getting money when people don’t understand why you need it.” Additional benefits to the most-articulate researchers include improved collaboration across scientific disciplines and the ability to become more-effective teachers of science.

A recent report by the Federation of American Societies for Experimental Biology (FASEB), an organization representing more than 120,000 scientists and engineers, acknowledges this need in its analysis of the state of scientific research in the U.S. The report documents how shortfalls in funding combined with rising administration costs are negatively impacting research budgets. One of their key suggestions: “The research community should expand its efforts to communicate more broadly the value of biological research and the importance of federal funding.” The report goes on to explain that by engaging in “a broad program of public education, from presenting research at science cafes to publishing editorials in their local newspaper,” the public becomes knowledgeable advocates of science, influencing governmental policy and funding.

Educating the public is becoming ever more critical because a number of recent surveys show a marked decline in America’s trust in science and scientific advances. As if having their words distrusted isn’t bad enough, often scientists don’t even get a chance to speak. According to Congressman Mark Takano (D-CA), a former member of the Science, Space and Technology Committee, it’s usually lawyers—not scientists—who are hired by industry to argue issues such as climate change and renewable energy before the Committee. Clearly, science needs to take back the microphone.

Last summer, Dr. Hudson Freeze, professor and director of Sanford-Burnham’s Human Genetics Program and FASEB’s vice president, headed up a Science Policy Committee symposium that highlighted the critical need to improve scientific communication. Now he’s carrying that momentum to Sanford-Burnham. Freeze is putting together a five-week course to be taught here at the Institute by Dr. Tom Baldwin, executive associate dean for External Relations in the College of Natural and Agricultural Sciences at the University of California, Riverside. Dr. Baldwin will advise scientists on how to best identify their communication goals and then fine-tune their messages to the varying needs of different audiences, thus creating the most engaging and effective presentations.

Then, on March 3, another knowledgeable communicator will lend his expertise to the Sanford-Burnham campus. Seth Mnookin, associate director of the Graduate Program in Science Writing at the Massachusetts Institute of Technology, will share his suggestions for clearly conveying scientific discovery to the public. He notes that while it’s very difficult to compete for people’s attention with the constant influx of information in a 24/7 news world, the key is to determine the difference between the story that’s currently being told and the one the scientist would like to tell, and then use that angle to stand out from the crowd.

Mnookin’s lecture, titled "Communicating Complicated Ideas to the Public: The Challenge of Conveying Accurate Information in a Hyper-Connected World," will be held on March 3, 2015 at 1:00 p.m.

The public is invited to attend. Details here. Please mark your calendars to attend now.

College of Natural and Agricultural Sciences

Kavli Institute for Brain and Mind