Closing in on the causes of Alzheimer’s disease 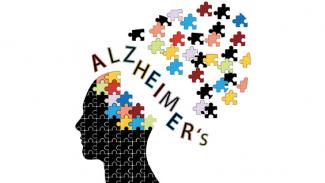 Imagine if we could clear the brain of plaque that accumulates and causes Alzheimer’s disease (AD) as simply as having the plaque removed from our teeth? The body has a natural clearing mechanism in place to rid the brain of these deposits, but if this mechanism gets overwhelmed or disrupted, the plaques can accumulate and lead to neurodegeneration.

New collaborative research, co-authored by Yu Yamaguchi, M.D., Ph.D., professor in SBP’s Human Genetics program and led by Guojun Bu, Ph.D., professor of neuroscience at the Mayo Clinic, suggests that targeting the heparan sulfate pathway in brain plaques may lead to new therapies for AD. The study was published in Science Translational Medicine.

The team created a strain of mice with the genetic predisposition for Alzheimer’s, but was missing Ext1, a gene essential to producing these heparan sulfates. They discovered that these heparan sulfate-deficient mice showed a reduction in the clumping and deposition of Aβ within the brain. Not only were there less of these dangerous plaques, but the affected areas of the brain were also far less inflamed, a hallmark of brains in AD patients and AD mouse models.

In a subsequent series of tests, mice with the heparan sulfate deficiency also demonstrated an increased ability to clear the Aβ from their systems, suggesting that heparan sulfates have a role in both the accumulation and clearance of Aβs. Heparan sulfates seem to make it harder for the brain’s Aβ-clearing mechanism to work at optimal levels, actually causing an increase in the deposition of plaques.

Eager to confirm their results in human brains, the team carefully studied the postmortem brain tissue of subjects from the University of Kentucky Alzheimer’s Disease Center Neuropathology Core, and discovered that there was an increased level of heparan sulfates distributed throughout the brains of human AD brains.

Taken together, the results from the mouse and human studies demonstrate that neuronal heparan sulfates play an integral part in the accumulation and/or clearance of AD’s treacherous amyloid plaques, and provides strong evidence for more AD research targeting the Aβ-heparan sulfate pathway.

Increasing evidence indicates that the altered ability to clear these amyloid plaques is a common prelude to the onset of AD, so this study’s results could have huge implications for diagnostic and treatment options for the disease, which is not genetically detectable in approximately 99% of cases. How heparan sulfates are interfering with the cell’s clearing machinery or catalyzing the rate at which these plaques accumulate remains to be seen in further research, but Yamaguchi’s and his collaborators’ research are a big step towards which questions should be explored next.