Implicit bias in the workplace: An interview with Lydia Villa-Komaroff 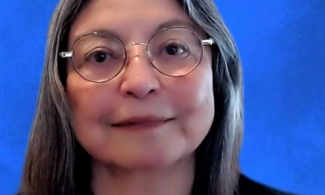 When Lydia Villa-Komaroff, Ph.D., graduated from MIT in 1975, she was one of only three Mexican American women in the United States to ever receive a Ph.D. in a natural science field. Since then, she has had a diverse career, ranging from research benchwork to academic administration, as well as many years working as a biotechnology executive. As a co-founding member of the Society for the Advancement of Chicanos/Hispanics and Native Americans in Science (SACNAS), she has also been a longtime champion of diversity in STEM.

Today, she owns and operates a one-woman consulting firm, where she continues to work with biotech companies and research organizations to help them acknowledge and confront unconscious biases in the workplace.

Ahead of the implicit bias seminar she is delivering to Sanford Burnham Prebys employees on February 7, we sat down with Villa-Komaroff to discuss implicit bias and how it manifests in the sciences, as well as what organizations can do to address it.

How does implicit bias work?
Villa-Komaroff: We make decisions based on the color or gender of a person we see in less time than it takes to blink. Human beings have a way of thinking about others that is influenced by unconscious assumptions. That way of thinking dominates our decision-making, particularly if we are not aware of it. Our society and the structural racism within it are the consequences of those attitudes.

How does implicit bias manifest in scientific research?
Villa-Komaroff: The most obvious problem is underrepresentation of minority groups. The classic experiment is taking two identical CVs and giving one a man’s name and one a woman’s and sending them in for the same position to see how they’re received. Men are deemed to be more competent, they're deemed to be more hirable, they’re more likely to get mentoring and they’re offered higher starting salaries. People really believe they're making decisions based on merit, but in many cases they aren’t.

Why is it important to address implicit bias in scientific research?
Villa-Komaroff: Most scientists have heard the term implicit bias, but scientists don’t fundamentally believe that they make any decisions based on biases. But they do, because this is something that’s shared by every member of the human race. It’s not unique to white men. My agenda is to convince scientists that this thing called implicit bias is real and it impacts them and their decisions.

What can individuals and institutions do to recognize and prevent implicit bias?
Villa-Komaroff: The first thing is awareness. You have to be aware that this is something you need to watch out for. The second thing is that we need to put in place processes and checks and balances that help people when they’re making decisions. Those are the important things in terms of hiring faculty and recruiting students. There’s also a need for systems to support students and help them understand how structural racism affects them. People need to realize that recruiting and mentoring people of color doesn’t just benefit them, it benefits everybody.

Register for the Seminar