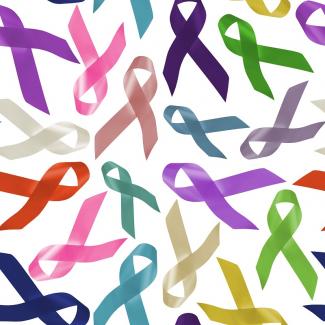 Professor Marcia Dawson was a fixture at Sanford Burnham Prebys for more than 25 years. The Stanford-educated biochemist was particularly interested in synthesizing compounds that induce apoptosis (programmed cell death) in tumors. Dawson passed away in 2016, but her work has continued.

Recently, researchers investigated several variations of a compound produced in the Dawson laboratory, called DIM-Ph-4-CF3. This molecule is designed to modulate a nuclear receptor protein called NR4A1. In this paper, published in the journal Oncotarget, the multi-lab team investigated whether oxidized versions of the compound could be even more potent against cancer.

“We tested a number of analogs, and I think the most interesting thing is that the oxidation products were more potent than their parent form,” said Marisa Sanchez, a Ph.D. candidate in the lab of Dieter Wolf, Ph.D., and the first author on the paper. “This potency was exhibited by a significant decrease of cell viability in multiple cancer lines. They kill cancer very well.”

The NR4A1 receptor is usually found in the cell’s nucleus and cytoplasm. When modulated by the DIM-Ph-4-CF3 products, the cytoplasmic fraction appears to trigger the unfolded protein response, a cellular stress mechanism that often leads to apoptosis. The anti-cancer molecules showed particularly strong activity in prostate cancer and exhibited no obvious side effects.

As work continues on these molecules, they could potentially be used to augment the cancer-killing impact of chemotherapy or other treatments. Over time, cancer cells can evolve the ability to resist apoptosis, and this approach might work synergistically with existing therapies to overcome that resistance.

“They target those pathways in a different way to induce cell death,” says Sanchez. “It might be harder for cancers to develop resistance.”

Still, it’s quite early in the discovery process, and much more work needs to be done. Sanchez feels that further investigation could confirm the mechanism of action and perhaps make the molecule more specific.

In addition to being a rewarding effort to develop and test new anticancer molecules, this was a labor of love for the research team, several of whom had worked with Dawson for decades.

“We finished this in Marcia’s memory,” says Sanchez. “We really wanted to honor her.”