Parents gain answers about their child’s mysterious condition, thanks to SBP scientists 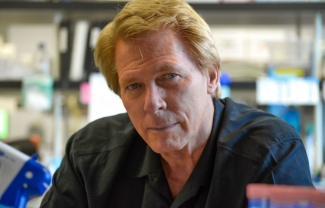 For the parents of a six-year-old Hispanic boy and a seven-year-old Qatari girl, answers remained elusive. Both children had alarming symptoms, including developmental delays, uncontrollable seizures and “floppy baby syndrome” (hypotonia). But despite doctors’ best efforts, the origin of the disease remained unknown.

Now, these two children are linked by rare mutations in a gene called FUK—providing their families and doctors a better understanding of the cause of their medical conditions. Using biochemical techniques to analyze the boy’s cells, Sanford Burnham Prebys Medical Research Institute (SBP) scientists determined that a malfunctioning enzyme called fucokinase is to blame—caused by a mutation in the FUK gene. Because cells from the girl weren’t available, computer modeling was used—and indicated this same mutation likely caused the disease. The study published in the American Journal of Human Genetics.

Like a molecular spark plug, the fucokinase enzyme ignites one step in a cellular communication cascade—which culminates in the linkage of a sugar, fucose, to another carbohydrate. This final fucose-carbohydrate product is important for immune system regulation, tissue development, cell adhesion (“stickiness” to the environment) and more.

Based on these findings, the scientists now know the condition is a congenital disorder of glycosylation (CDG), an umbrella term for disorders caused by abnormal linking of sugars to cellular building blocks, including proteins, fats (lipids) and carbohydrates. Although more than 130 types of CDGs exist, the boy and girl are the only known living individuals who have this mutation.

“Our hope is that by reporting this information, we will help doctors grant more answers to patients and their loved ones,” says Hudson Freeze, Ph.D., senior author of the paper and director and professor of the Human Genetics Program at SBP. “Based on our findings, genetic databases around the world will now note this mutation causes disease—a potentially life-changing shortcut in the quest for answers.”

The researchers analyzed skin and immune cells that were collected from the boy. They observed reductions in the amount of the fucokinase enzyme—as much as 80 percent in skin cells and more than half in immune cells, compared to a control protein. Consistent with these findings, downstream products typically created by fucokinase weren’t incorporated into the final fucose-carbohydrate product—indicating the enzyme was not working.

Because cells from the girl were not available, the scientists used computer modeling to predict the impact of her FUK gene mutation. This approach indicated the mutation occurs at an important site on the enzyme that would likely cause disease.

“We know that dampening down the activity of the FUK gene is linked to metastatic cancer—a deadly event that occurs when tumors gain the ability to travel throughout the body,” says Freeze. “In addition to providing long-awaited answers to these families, these findings could help us understand how certain cancers spread throughout the body, including liver, colorectal and skin cancers (melanoma).”

Both children were identified through the National Institutes of Health’s Undiagnosed Diseases Network, which is designed to accelerate discovery and innovation in the way patients with previously undiagnosed diseases are diagnosed and treated.

Research reported in this story was supported by National Institutes of Health (NIH) grants R01DK099551, U01HG007709, and K08DK106453; Baylor College of Medicine Intellectual and Developmental Disabilities Research Center (U54 HD083092), Diana & Gabriel Wisdom and the Rocket Fund. The content is solely the responsibility of the authors and does not necessarily represent the official views of the NIH.