Preuss School interns get an “A” grade at SBP 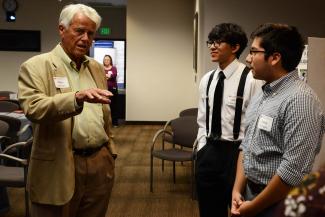 “I got to do things I never thought I could do,” said Yadira Gomez Rangel, 16, a rising junior at Preuss School in San Diego. “I got a chance to dissect a fly, which I didn’t think I could do,” she told the audience at Sanford Burnham Prebys Medical Discovery Institute (SBP), which included SBP Trustees Malin Burnham and Wain Fishburn as well as CEO Perry Nisen, M.D., Ph.D.

Rangel is one of seven students from the prestigious Preuss School, who completed a two-week internship. Students from the Preuss School, affiliated with UC San Diego, strive to become the first in their families to graduate from college. The SBP Preuss program is designed to introduce young scientists-in-training to medical research by working hand in hand with our scientists.

The group of 16-year-olds got a chance to rotate among four different labs at SBP. The other students included Michelle Villa Bardales, Josué Barragán, Edizandro Morales Herrera, Arturo Torres Jimenez, Jenny Nguyen and Natalie Nguyen. Students presented posters in English and Spanish, received a certificate and a stipend for their hard work.

Fishburn said the Preuss program at SBP was “inspirational” as he hoped the young teens would continue their path in science. At the celebratory luncheon with students, their families and SBP staff, Fishburn chatted with Tommy Le, a Preuss School graduate. Le was part of the SBP Preuss program for the two-week internship, followed by a six-week internship the following year, and is now doing a summer internship at SBP before entering UC San Diego in the fall where he’ll major in biochemistry.

Each summer, SBP also hosts a six-week internship for rising Preuss seniors, sponsored by the NIH CURE program. Two of the seven interns (who happen to be all female), Gizelle Avitia Mejica and Julieta Morales Ornelas, also completed the two-week Preuss program, which inspired them to apply again at SBP. “About 90 percent of what I learned in the lab I wouldn’t have been taught in the classroom,” says Mejica.

During the internship, the teenagers studied several aspects of medical research. They examined the correlation between obesity and heart disease in fruit flies in the laboratory of Rolf Bodmer, Ph.D. Also, the kids studied zebrafish and tackled the challenge of curing diabetes in the laboratory of Duc Dong, Ph.D. They looked at how to use C. elegans worms to understand the aging process in the laboratory of Malene Hansen, Ph.D. Finally, in the laboratory of Jing Crystal Zhou, Ph.D., the young scientists learned about RNA modification, a process that occurs in all living organisms and can influence how diseases occur.

With hands-on training and in-depth laboratory involvement, the Preuss students gained invaluable skills and networking opportunities. The program is made possible by founding philanthropists Peggy and Peter Preuss and Debby and Wain Fishburn. Jimenez said, “It’s been a wonderful experience!” 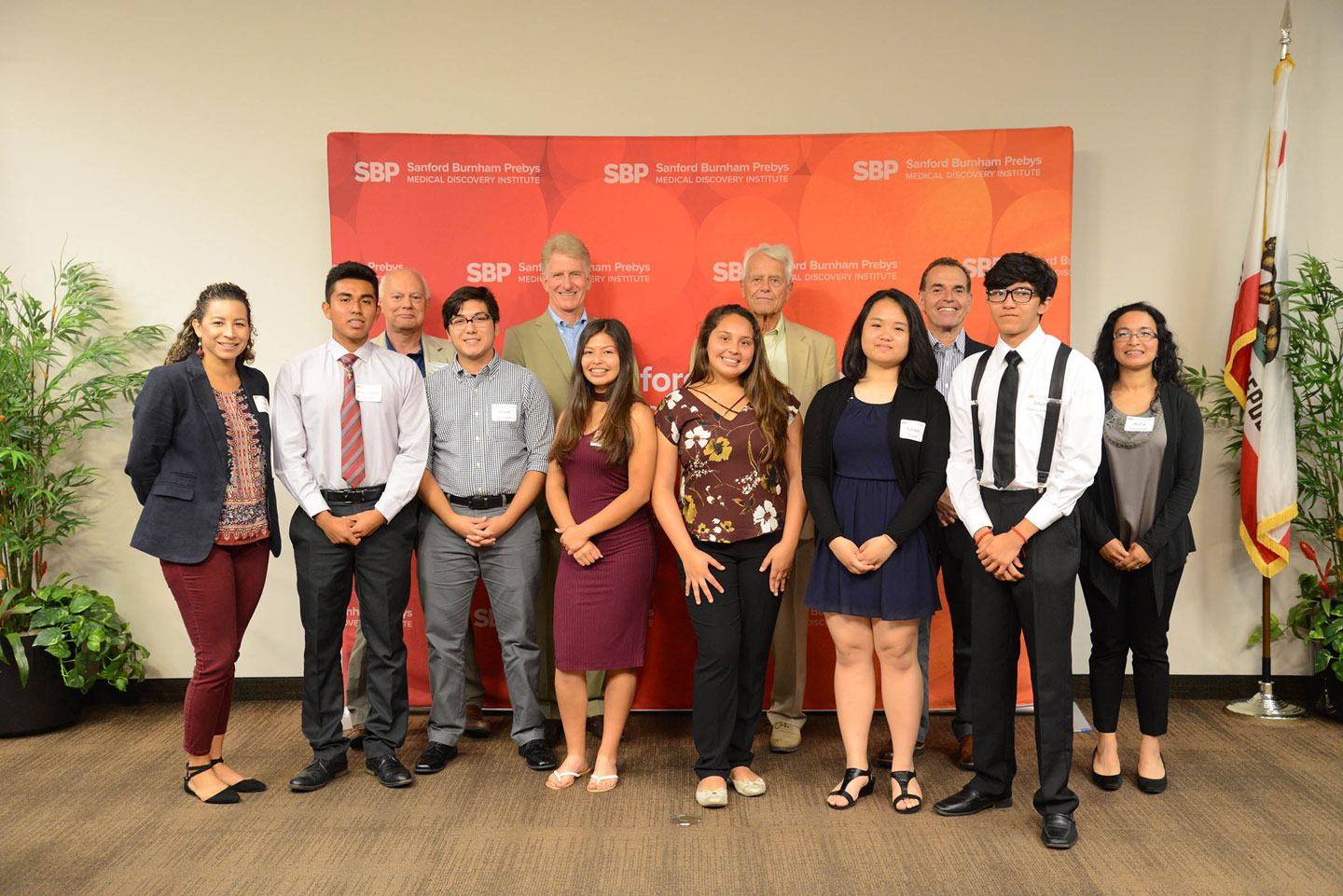