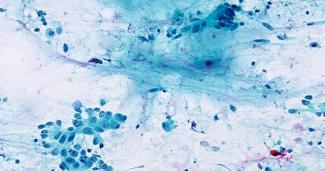 A new study by researchers at SBP, the National Cancer Institute, and the Chulabhorn Research Institute has found that blocking the activity of a key immune receptor, the lymphotoxin-beta receptor (LTβR), reduces the progression of liver cancer. The results, published recently in the online edition of Gut, could provide new treatment strategies for the disease, which is the third leading cause of cancer-related deaths worldwide.

“Our findings point to a new way to improve the treatment of liver cancer patients,” said Carl Ware, Ph.D., professor and director in the Infectious and Inflammatory Disease Center at SBP and one of the authors of the paper. “Combining drugs that are currently in clinical trials, which block the activity of the LTβR with drugs that target oncogene signals, may be a valuable new approach to improving patient outcomes.”

The LTβR, originally discovered by Ware, is best known for controlling the development of lymphoid organs, supporting the body’s immune response to pathogens, and regulating inflammation. His work has led to the understanding that blocking the activity of the receptor inhibits inflammation. This approach is currently studied as a treatment for chronic inflammatory diseases, including Sjögren’s syndrome.

“For some time we have known about the interconnection between the receptor, inflammation—including inflammation caused by hepatitis—and liver cancer. “Now, we have demonstrated how the receptor’s signals create an environment that accelerates oncogenic activity and tumor growth,” added Ware.

Working with Robert Wiltrout, Ph.D., and Anthony Scarzello in the Cancer and Inflammation Program at the National Cancer Institute, the research team introduced the liver cancer-causing AKT/β-catenin or AKT/Notch oncogenes to mice and then monitored liver cancer progression after administration of either an LTβR activator (agonist) or an inhibitor (antagonist). In mice that received the agonist, liver tumors rapidly proliferated and progressed. In contrast, mice that received the antagonist experienced reduced tumor progression and enhanced survival.

Importantly, the research team found that LTβR levels were elevated in human liver cancer cell lines, reflecting the need for enhanced receptor activity to maintain oncogene activity. Similarly, higher levels of the receptor correlated with poor survival in patients with intrahepatic cholangiocarcinoma, the second most common type of liver tumor.

“Cancers of the hepatobiliary system, including cholangiocarcinoma and hepatocellular carcinoma, typically present in advanced stages, with impaired liver function, respond poorly to chemotherapy, and have poor survival based on the lack of available treatment options,” said Paul Timothy Fanta, M.D., associate clinical professor in the Division of Hematology and Oncology at UC San Diego’s Moores Cancer Center.

“The present study describes interactions of the LTβR, a member of the tumor necrosis factor (TNF) superfamily of receptors and may play a key role in tumor formation through LTβR inflammation-mediated events and actions through AKT/Beta-catenin and Notch cellular pathways. The link between LTβR signaling and oncogenic activation suggests that drugs targeting LTβR signaling combined with AKT or Notch inhibitors may lead to rationally designed therapeutic trials in these underserved and lethal diseases,” added Fanta.

Cancer and Inflammation Program at the National Cancer Institute