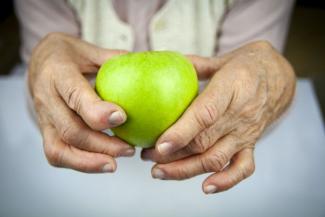 In rheumatoid arthritis, the immune system’s patrollers—T cells—see the membrane that surrounds joints as a threat, and engage other immune cells to destroy it. Worse, those misguided T cells become hyperactive. Instead of dying when they should, they continue to fuel inflammation that breaks down the joint tissue.

Scientists led by Salvatore Albani, M.D., Ph.D., an adjunct professor in the Immunity and Pathogenesis Program, have now found a way to return these manic, long-lived T cells to normal—and conveniently, in a drug called hydroxychloroquine, which is already approved to treat symptoms of rheumatoid arthritis. The new results are published in the European Journal of Immunology.

“Hydroxychloroquine is already being used to treat various autoimmune diseases including rheumatoid arthritis,” said Albani. “But, by revealing its mechanisms, we will now be able to develop a better drug for these disabling diseases.”

Rheumatoid arthritis is one of the most common autoimmune diseases, affecting 1.5 million adults in the U.S. Severe joint pain, swelling and stiffness make it challenging for patients to accomplish everyday tasks, and many are easily fatigued. Even with new treatments that have become available in recent years, only 20-40% of patients can keep symptoms at bay over the long term.

In the new study, Albani and his team wondered how overactive T cells survive in rheumatoid arthritis. They realized that the cells might require more energy and molecular building blocks than they could generate using standard metabolic pathways. An important cellular process called autophagy—the breakdown of large molecules and organelles for reuse, which is ramped up during starvation—was the first place they thought to look.

According to Albani, not all patients respond to hydroxychloroquine. “We think it may work best at early stages of the disease, when T cells are most important,” he said. “We plan to further explore that possibility, as well as ways to improve the outcomes of treating rheumatoid arthritis with autophagy inhibitors.”