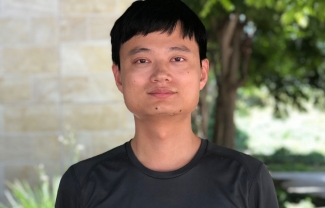 Alzheimer’s disease is a growing epidemic. In the U.S. alone, more than 5 million people over age 65 are living with the disease. In thirty years, as the population ages, scientists expect this number will nearly triple to 14 million Americans—unless we find a prevention or treatment.

The protein Zhao studies, appoptosin, regulates cell death. His previous work showed the protein exists at higher levels in people with Alzheimer’s disease. Removing the protein slowed memory loss in mice—indicating it has therapeutic potential. Now, this grant will allow Zhao to better determine the link between appoptosin and memory loss in Alzheimer’s disease. The outcome of the research could yield new therapeutic targets for Alzheimer’s—valuable insights for scientists on the hunt for new treatments.

“Most studies focus on memory formation, but people with Alzheimer’s

have trouble both forming and keeping memories. Our work focuses on forgetting,” says Zhao. “We hope new leads for drug development will arise from this research, which will offer hope for people with Alzheimer’s and their caregivers. Thank you to the BrightFocus Foundation for supporting this important research.”

Zhao has another milestone to celebrate: He recently welcomed his second child. As a father, this work takes on special meaning for Zhao. “I hope one day not only my children—but everyone’s children—can live a life free from Alzheimer’s disease,” he says.

Read more information about the grant.