Will you be part of the largest-ever clinical research study? 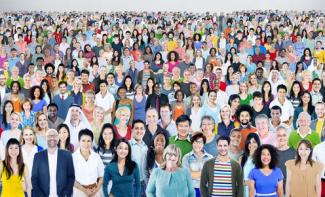 It’s called the Precision Medicine Initiative (PMI) Cohort Program, and it was just announced in February by President Obama. If you join the cohort (group of subjects tracked over a long period of time), you can help researchers improve precision medicine, in which doctors select the treatments and preventive strategies that will work best for each patient. This program is just one component of the larger Precision Medicine Initiative announced during last year’s State of the Union address.

What’s the goal? According to NIH Director Francis Collins, the cohort program “seeks to extend precision medicine to all diseases by building a national research cohort of one million or more U.S. participants,” all enrolled by 2019.

Why recruit so many people? Since the program is intended to benefit people affected by many diseases and conditions, it must include large, representative samples of people with each type. Large samples increase the likelihood that studies using these data will find new associations and interactions among genes, environmental factors, and disease risk.

What will participants do? Volunteers will share their health records, complete surveys on lifestyle and environmental exposures, undergo a physical, and provide a biological sample (e.g. blood) for genetic testing.

How will people benefit? Participants will be considered partners in research—they’ll have access to their genetic data and, where possible, how their genes, surroundings, and habits affect their health. They’ll also have a say in how the research is conducted and what questions it should address.

Who’s running it? The NIH is overseeing the whole program, but it will be directly run from multiple institutions (which are currently being selected). The pilot phase will be led by Vanderbilt University and Verily (formerly Google Life Sciences).

What’s the cost? $130 million has been allotted in this fiscal year, but more money will be needed to keep the program going.

Should I be excited about it? Maybe. Some leaders in the health field have criticized the program for throwing money at the latest big thing instead of more low-tech problems like unequal access to healthcare, but such a huge data resource is bound to lead to answers to many important questions.

What are the challenges for the PMI?

How can I sign up? Enrollment has not yet begun, but the NIH will announce when the public can get involved. So stay tuned…