Year in review: SBP highlights from 2018 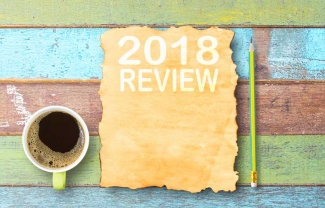 The science never stops at Sanford Burnham Prebys Medical Discovery Institute (SBP), and 2018 was no different.

From an Alzheimer’s breakthrough to advancing promising medicines for pancreatic cancer and autoimmune disorders, our hardworking scientists were busy at the bench and beyond. As the year comes to a close, we are sharing a selection of our most widely read stories from the past 12 months.

1.    Scientists uncover a potential near-term treatment for Alzheimer’s disease
Jerold Chun, M.D., Ph.D., and his team revealed that never-before-seen DNA recombination in the brain is linked to Alzheimer’s disease. The research suggests that existing FDA-approved drugs to treat HIV might hold potential as near-term Alzheimer’s treatments and provide an explanation for why previous clinical trials for Alzheimer's disease have failed. The study was published in Nature.

3.    Compound discovered at SBP enters Phase 1 clinical trial for pancreatic cancer
Solid tumors are often surrounded by thick fibrotic walls, making it hard for treatments to get access to the tumor cells. CEND-1, a drug candidate discovered in the lab of Erkki Ruoslahti, M.D., Ph.D., has entered a Phase 1 clinical trial for metastatic pancreatic cancer. CEND-1 streamlines the delivery of cancer drugs deep into tumors. CEND-1 was licensed to the private company DrugCendR Inc. in 2015.

4.    Scientists solve a medical mystery
Hudson Freeze, Ph.D., and his team joined collaborators around the globe to crack the case of Saul-Wilson syndrome, a rare form of dwarfism with an unknown cause. Now, the 14 known people with the syndrome and their families have answers: A gene alteration that affects the cell’s protein packager, the Golgi complex, causes the condition.

5.    Immune therapy developed through SBP and Lilly collaboration enters Phase 1 clinical trial
A therapy that arose from a research collaboration between Eli Lilly and Company (Lilly) and SBP entered a Phase 1 clinical trial. The therapy is a biologic that inhibits inflammation—a common response linked to autoimmune diseases such as rheumatoid arthritis, lupus and inflammatory bowel disease.