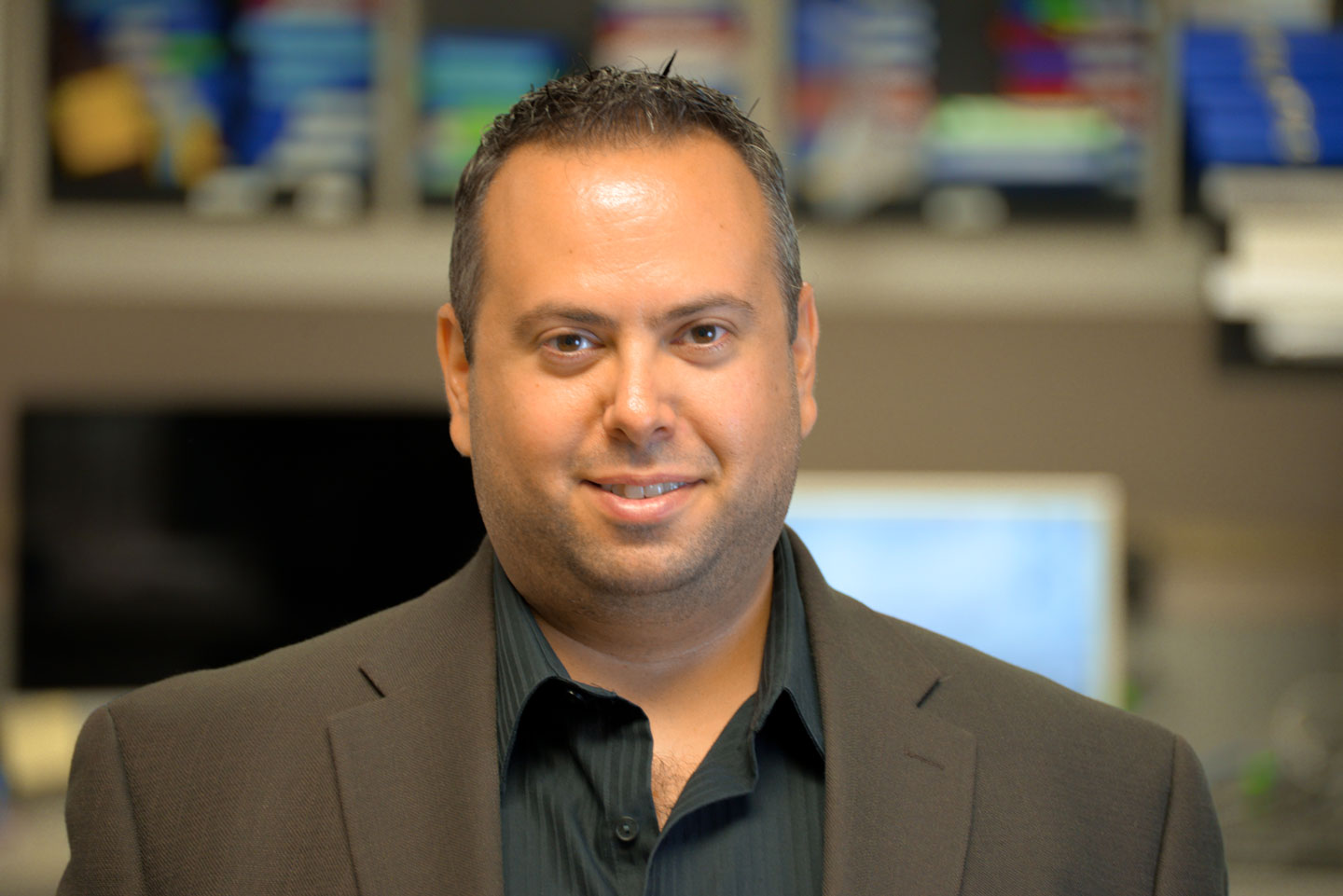 Sanford Burnham Prebys Medical Discovery Institute (SBP) is pleased to announce that the Department of Defense (DoD) has awarded Cosimo Commisso, Ph.D., a Career Development Award to identify new and efficacious treatments for pancreatic cancer. With an average survival rate of just 7 percent, pancreatic cancer has the highest death rate among the most commonly diagnosed cancers. The three-year grant is intended to address the critical gap in effective treatments for the disease, which is disproportionately elevated in members of the military.

“This grant will support my goal to find new ways to tackle pancreatic cancer,” says Commisso, an assistant professor at SBP. “Although pancreatic cancer impacts people from all walks of life, increasing evidence indicates that military service is a risk factor for the disease. Advances in pancreatic cancer research could therefore significantly improve the basic health and welfare of service members, and by extension, their families.”

Two recent studies highlight the association between military service and pancreatic cancer. The first, published by the Texas Medical Center, was a matched case-control study in Texas Veterans and found that, for men within a birth cohort specific for Vietnam era service, military service was associated with an approximately 90 percent increased risk of the disease. The second, published in the American Journal of Epidemiology, is a mortality study of female U.S. Vietnam era Veterans finding that military nurses had a 200 percent higher risk of pancreatic cancer death. The causative factors for increased incidence in the military population are unknown; however the exposure to herbicides, such as Agent Orange, may play a role.

Commisso’s research will focus on inhibiting macropinocytosis—a process that cancer cells use to internalize large volumes of fluid that contain much-needed nutrients to fuel their growth. Previous work by Commisso’s lab has shown that blocking this nutrient uptake pathway results in a reduction in tumor growth.

“Finding new ways to modulate macropinocytosis in tumors may lead to the breakthrough in treating this cancer that we so desperately need,” says Commisso.

The grant, valued at $700,000, will support research on NHE7, a gene that controls macropinocytosis and tumor nutrition through pH regulation. Without pH regulation, tumor cells lose their ability to balance acidity and die. Drug inhibitors specific to NHE7 may lead to a reduction in tumor growth, and this will be explored in preclinical studies.

“In addition to pancreatic tumors, macropinocytosis is prevalent in lung, colon, bladder and breast tumors,” adds Commisso. “I’m optimistic that if we are successful in pancreatic cancer, the approach could be applied to treat these other tumor types.”

About SBP
Sanford Burnham Prebys Medical Discovery Institute (SBP) is an independent nonprofit medical research organization that conducts world-class, collaborative, biological research and translates its discoveries for the benefit of patients. SBP focuses its research on cancer, immunity, neurodegeneration, metabolic disorders and rare children’s diseases. The Institute invests in talent, technology and partnerships to accelerate the translation of laboratory discoveries that will have the greatest impact on patients. Recognized for its world-class NCI-designated Cancer Center and the Conrad Prebys Center for Chemical Genomics, SBP employs about 1,100 scientists and staff in San Diego (La Jolla), Calif., and Orlando (Lake Nona), Fla. For more information, visit us at SBPdiscovery.org or on Facebook at facebook.com/SBPdiscovery and on Twitter @SBPdiscovery.