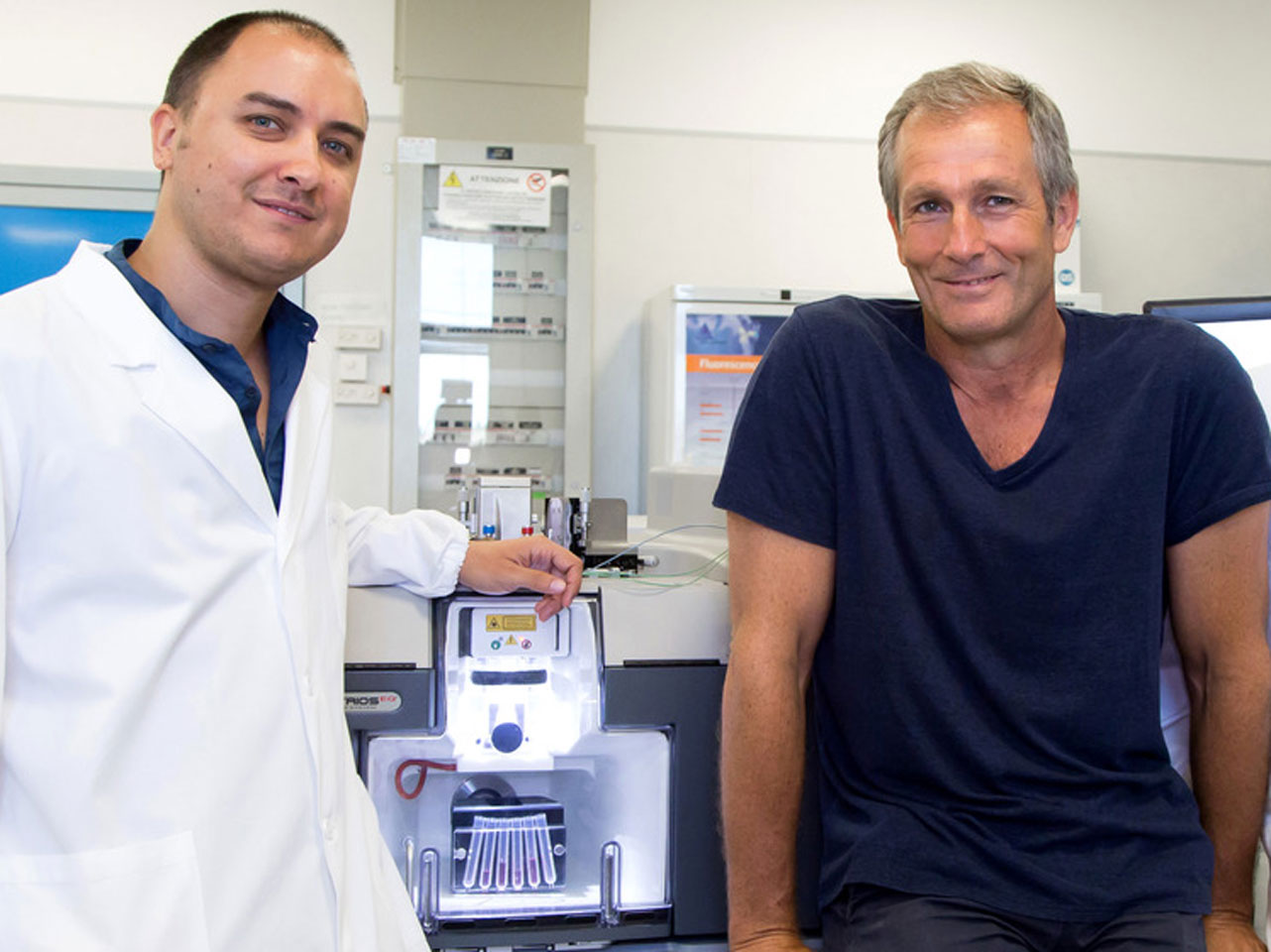 When a muscle is acutely injured--whether through accidental strain or intentional weight lifting--special repair cells called fibro-adipogenic progenitors (FAPs) rush to the rescue. These cells coordinate the activity of the immune system and muscle stem cells to replace and repair the torn tissue.

By studying the muscles of ALS patients and mouse models of motor neuron injury or disease, the scientists found FAP cells actually promoted muscle wasting and scarring. The cells activated a feedforward signaling pathway, IL-6-STAT3, creating an "always on" signal to the immune system. When the scientists blocked IL-6 and STAT signaling, muscle wasting and fibrosis halted, indicating a potential way to treat motor neuron diseases.

Neuromuscular disorders occur when nerve cells stop communicating with muscle cells, causing muscles to weaken or disappear. In spinal cord injury, this communication is physically disrupted. In ALS and SMA, muscles progressively deteriorate, which can result in the loss of ability to speak, walk, breathe or swallow. ALS, or Lou Gehrig's disease, is the most common neuromuscular disorder, with about 15,000 Americans living with the condition. Men over the age of 40 are disproportionately affected; physicist Stephen Hawking and baseball player Lou Gehrig both suffered from ALS. Medicines available today delay disease progression or treat disease symptoms, but no cure exists.

"Characterizing the cell type that promotes muscle wasting and scarring in models of neuromuscular disorders is a critical step forward in our understanding of ALS and additional motor neuron diseases," said Puri. "Now we can start working on designing medicines that target these cells or possibly use them as markers of disease progression, which can't come soon enough for patients and their caregivers."

By comparing mouse models of acute muscle injury and denervation, Puri and his team measured when key players in muscle repair, including macrophages (immune system cells that remove dead material), FAPs and muscle stem cells, appeared and at what levels. In models of acute injury, FAPs appeared in a timely sequence--after macrophage infiltration and before muscle stem cell activation--and left within the typical regeneration window of five to seven days. In contrast, in the denervation model, FAPs accumulated inside muscles at higher levels and never left. Additionally, inflammatory cell infiltration was not detected and muscle stem cells were not activated.

The scientists examined these strange FAPs more closely, and found that the cells had activated STAT3, resulting in elevated levels of IL-6, an inflammatory cytokine that stimulates muscle atrophy. The IL-6-STAT3 signaling appeared after a loss of connection between the motor neuron and muscle, called the neuromuscular junction, suggesting this link is essential for keeping FAPs under control.

"This study highlights an interesting and promising pathway initiated in response to the loss of neuromuscular junctions; and when blocked, reduced muscle wasting in model systems of ALS," said Lucie Bruijn, Ph.D., chief scientist at The ALS Association. "Further studies to understand this pathway in people with ALS and optimization of potential lead molecules will be important in developing this therapeutic approach for ALS."

Puri's lab is eager to continue studying these disease-specific FAPs.

"As a physician researcher, patients are always at the forefront of my mind and I feel incredible urgency to keep this research moving forward," said Puri. "Now that we have found a key difference in these FAP cells, we have an opportunity to selectively remove the bad, disease-causing cells, or convert the cells so they can repair nerves. Ultimately, we hope to create a medicine that extends the life of people with ALS or other motor neuron diseases, or perhaps a test that helps doctors better predict the disease's severity."