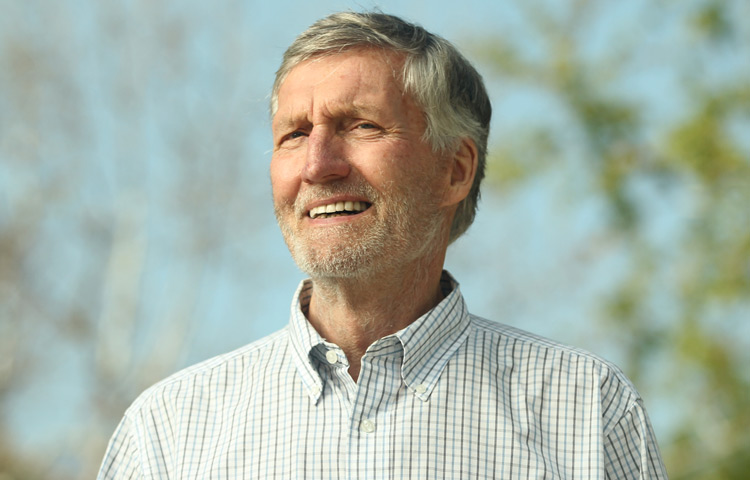 Ruoslahti is the first Institute researcher to ever win the Lasker Award, known as “America’s Nobel”

Distinguished Professor Emeritus Erkki Ruoslahti, M.D., Ph.D., has been announced as one of three winners of the Albert Lasker Basic Medical Research Award, the most prestigious American award for biomedical research, for his transformational research leading to the discovery of the cell adhesion receptors now known as integrins.

“Winning the Lasker Award is the dream of many American researchers working in biomedicine,” says Ruoslahti. “I am honored to have been recognized by the Lasker Foundation for my work and thankful for Sanford Burnham Prebys Medical Discovery Institute for supporting me throughout much of my scientific career.”

Ruoslahti shares the award with Richard O. Hynes from the Massachusetts Institute of Technology, and Timothy A. Springer from Boston Children’s Hospital and Harvard Medical School, for their independent discovery of the integrins. The award presentation is viewable at laskerfoundation.org.

“Science is never done in isolation,” says Ruoslahti. “It takes many people working together, often over many years, to make groundbreaking discoveries. I’m very excited to share this award with my colleagues who contributed to the work on what became the integrins.”

Integrins are cell receptors that facilitate interactions between cells and with their environment. When integrins bind to their target molecules, they trigger biological actions such as cell attachment, movement, death or differentiation. Since the discovery, integrins have been studied in cancer (progression, metastasis, angiogenesis), sepsis, fibrosis, viral infections and autoimmunity. Integrin-targeting clinical trials—especially in cancer—are ongoing, and the approach remains promising.

Ruoslahti’s road to the discovery of integrins began at the University of Helsinki, where with colleagues he discovered fibronectin, part of the large network of proteins that surround, support and give structure to cells and tissues in the body.

“My research on fibronectin and the subsequent discovery of the integrins really got going in my first years at Sanford Burnham Prebys,” he says. The Ruoslahti team discovered that a simple sequence of three amino acids, called RGD, within fibronectin, attaches to cells. They were then able to synthesize RGD and use it as a tool to discover the cell-surface receptors known as the integrins.

Ruoslahti continues, “Integrin-mediated cell adhesion guides cell migration and keeps our tissues together. Like molecular zip codes, it directs cells to the right location and keeps them attached there. Integrin activity in cancer cells is altered, which makes them capable of spreading to distant sites in the body, where they form metastases.”

In addition to helping open the integrin field, Ruoslahti’s discoveries led to the development of RGD-based drugs for vascular thrombosis and other diseases, including current efforts to direct drugs into tumors by making use of integrins expressed on tumor blood vessels but not on normal vessels.

In 1989, Ruoslahti became president and CEO of the Institute, a position he held until returning to full-time research in 2002. He became a Distinguished Professor Emeritus at Sanford Burnham Prebys in 2020. Ruoslahti has previously received the Japan Prize, the Gairdner Foundation International Award, the G.H.A. Clowes Memorial Award, and the Robert J. and Claire Pasarow Foundation Medical Research Award. He is a Knight of the Order of the White Rose of Finland, a Commander of the Order of the Lion of Finland, and one of the most cited scientists in the world.

About the Lasker Foundation
The Lasker Foundation seeks to increase support for biomedical research by celebrating the power of biomedical science to save and improve human lives. Through its internationally renowned Lasker Awards, educational initiatives and public advocacy, the Foundation recognizes the most important achievements in science and public service, supports and encourages the scientific leaders of tomorrow, and raises awareness about the ever-present need for research funding. Established in 1942 by Albert and Mary Lasker, the Foundation is committed to inspiring robust and sustained support for biomedical research, fueled by Mary Lasker’s call to action: “If you think research is expensive, try disease!” You can find more information at laskerfoundation.org.

About the Lasker Awards
For more than 75 years, the Lasker Awards, America’s most prestigious biomedical research awards, have recognized the contributions of leaders who have made major advances in the understanding, diagnosis, treatment, cure and prevention of human disease. Recipients of the Lasker Medical Research Awards are selected by a distinguished international jury chaired by Joseph L. Goldstein, recipient of the 1985 Lasker Award for Basic Medical Research and the Nobel Prize in Physiology or Medicine. Public Service Awardees are selected by a jury chaired by Alfred Sommer, recipient of the 1997 Lasker Award for Clinical Medical Research. Ninety-five Lasker laureates have received the Nobel Prize, including seven in the last four years. More details on the Lasker Award recipients, the full citations for each award category, video interviews and photos of the awardees, and additional information on the Foundation are available at www.laskerfoundation.org.