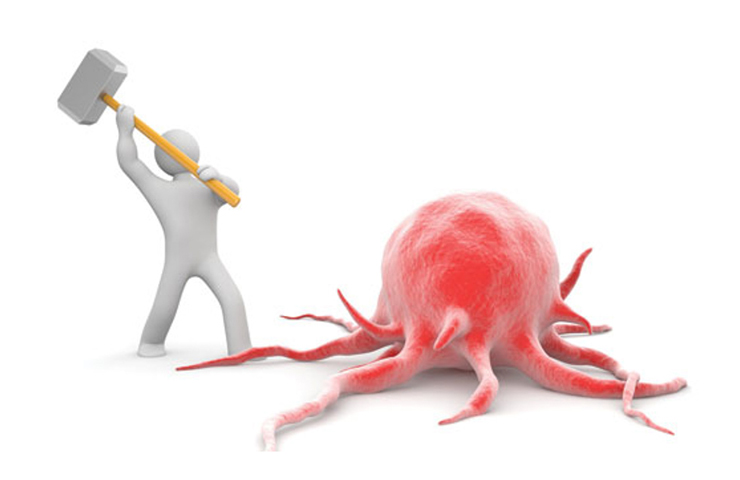 The development of effective anti-androgen therapies for prostate cancer is a major scientific advance. However, some men who receive these targeted treatments are more likely to develop a deadly treatment-resistant prostate cancer subtype called neuroendocrine prostate cancer (NEPC). No effective treatment for NEPC exists.

Now, scientists from Sanford Burnham Prebys Medical Discovery Institute (SBP) have identified how prostate cancer transforms into aggressive NEPC following treatment with anti-androgen therapy. Their findings—which include the metabolic rewiring and the epigenetic alteration that drives this switch— reveal that an FDA-approved drug holds potential as a NEPC treatment. The research also uncovers new therapeutic avenues that could prevent this transformation from occurring. The study was published in Cancer Cell.

“Acquired treatment resistance is a major concern for every oncologist. Eventually, over enough time, cancer patients who receive a targeted therapy can become resistant to treatment,” says Darren Sigal, M.D., an oncologist at Scripps Clinic and Scripps MD Anderson Cancer Center who worked with the scientists on the study. “This study is an important advance that helps us understand why targeted treatments for prostate cancer may promote the development of a more aggressive tumor. These insights could lead to better treatments that help fathers, sons and grandfathers around the world who are fighting prostate cancer.”

Prostate cancer is the second-leading cause of cancer death for American men, according to the American Cancer Society. The cancer grows in response to hormones called androgens. Targeted therapies that block these hormones have extended survival for many patients. However, nearly all men eventually develop resistance to these treatments. In 2019, more than 30,000 men in the U.S. are expected to die from prostate cancer.

“Similar to bacteria that gain resistance to antibiotics, tumors can become resistant to anti-cancer drugs by ‘remodeling’ their environment and developing strategies to evade targeted therapies. As targeted therapies become more potent, putting more stress on tumors, we expect to see drug resistance become more common,” says Maria Diaz-Meco, Ph.D., the senior author of the paper and a professor in the Cancer Metabolism and Signaling Networks Program at SBP. “Our study shows that in a form of treatment-resistant prostate cancer, a tumor suppressor gene called protein kinase C lambda/iota is downregulated. We subsequently identified metabolic and epigenetic vulnerabilities which are possible routes to prevent treatment resistance from arising.”

In the study, the scientists analyzed tissue samples from men with metastatic NEPC, prostate cancer cell lines and a new mouse model of NEPC, created by the researchers, to identify the molecular switch that triggers prostate cancer to become treatment-resistant NEPC following targeted treatment. In addition to detecting the downregulation of protein kinase C lambda/iota, the scientists found that the NEPC cells upregulate the synthesis of a metabolite called serine. Because serine is a non-essential amino acid, treatments aimed at blocking serine production may be devised that could impact the tumor with minimal or no effect on the normal cells, thereby reducing potential toxicities. Additionally, the researchers discovered that the cancer cells used a communication pathway called mTORC1/ATF4 to accelerate the synthesis of serine, allowing the tumor to grow faster and to epigenetically switch to the NEPC mode. A protein that regulates the positions of lysosomes, the cell’s degradation machinery, was also involved in the tumor’s transformation. Together, these tumor characteristics represent novel approaches that could prevent prostate cancer from transforming into NEPC.

“NEPC is essentially a new cancer. From what it ‘eats’ to how it looks, the tumor cells are completely reprogrammed. The tumor even loses the receptor that is targeted by current treatments, which is why it is so difficult to treat,” says Jorge Moscat, Ph.D., a study author and director and professor in SBP’s Cancer Metabolism and Signaling Networks Program. “Identifying the switch that drives the transformation from prostate cancer to NEPC is a critical first step toward developing treatments that prevent treatment resistance in men with prostate cancer before it begins.”

The scientists also identified epigenetic patterns—molecular tags that modify our DNA—associated with NEPC, linked to the expression of an enzyme, phosphoglycerate dehydrogenase (PHGDH), which could be a treatment target for NEPC. Next, the scientists plan to work with SBP’s drug discovery center, the Conrad Prebys Center for Chemical Genomics (Prebys Center), to try to identify a drug that can block PHGDH. The findings also indicated that an FDA-approved drug that inhibits epigenetic changes, called decitabine, could hold promise as a treatment for NEPC.

“Luckily, prostate cancer is a cancer type that is well characterized, which helps us better understand the mechanisms behind treatment resistance,” says Diaz-Meco. “With more research, one day we hope that no man dies of prostate cancer.”

The first author of the study is Miguel Reina-Campos, a Ph.D. student at SBP.

Research reported in this press release was supported by the National Institutes of Health (NIH) (R01CA192642, R01CA218254, R01DK108743 and R01CA211794). The content is solely the responsibility of the authors and does not necessarily represent the official views of the NIH.