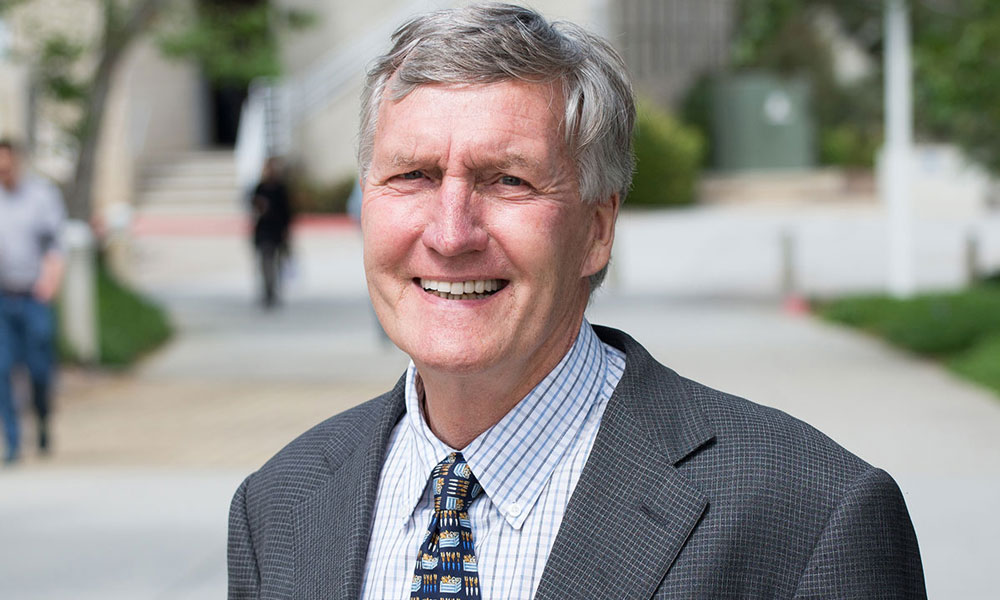 Glioblastoma is one of the most aggressive forms of brain cancer. Rather than presenting as a well-defined tumor, glioblastoma will often infiltrate the surrounding brain tissue, making it extremely difficult to treat surgically or with chemotherapy or radiation. Likewise, several mouse models of glioblastoma have proven completely resistant to all treatment attempts. In a new study, a team led by scientists at Sanford-Burnham Medical Research Institute (Sanford-Burnham) and the Salk Institute for Biological Studies developed a method to combine a tumor-homing peptide, a cell-killing peptide, and a nanoparticle that both enhances tumor cell death and allows the researchers to image the tumors. When used to treat mice with glioblastoma, this new nanosystem eradicated most tumors in one model and significantly delayed tumor development in another. These findings were published the week of October 3 in the Proceedings of the National Academy of Sciences of the USA.

"This is a unique nanosystem for two reasons. First, linking the cell-killing peptide to nanoparticles made it possible for us to deliver it specifically to tumors, virtually eliminating the killer peptide's toxicity to normal tissues. Second, ordinarily researchers and clinicians are happy if they are able to deliver more drugs to a tumor than to normal tissues. We not only accomplished that, but were able to design our nanoparticles to deliver the killer peptide right where it acts--the mitochondria, the cell's energy-generating center," said Erkki Ruoslahti, M.D., Ph.D., senior author of the study and distinguished professor in both Sanford-Burnham's NCI-designated Cancer Center in La Jolla and the Center for Nanomedicine, a Sanford-Burnham collaboration with the University of California, Santa Barbara.

The nanosystem developed in this study is made up of three elements. First, a nanoparticle acts as the carrier framework for an imaging agent and for two peptides (short proteins). One of these peptides guides the nanoparticle and its payload specifically to cancer cells and the blood vessels that feed them by binding cell surface markers that distinguish them from normal cells. This same peptide also drives the whole system inside these target cells, where the second peptide wreaks havoc on the mitochondria, triggering cellular suicide through a process known as apoptosis.

Together, these peptides and nanoparticles proved extremely effective at treating two different mouse models of glioblastoma. In the first model, treated mice survived significantly longer than untreated mice. In the second model, untreated mice survived for only eight to nine weeks. In sharp contrast, treatment with this nanosystem cured all but one of ten mice. What's more, in addition to providing therapy, the nanoparticles could aid in diagnosing glioblastoma; they are made of iron oxide, which makes them--and therefore the tumors they target--visible by MRI, the same technique already used to diagnose many health conditions.

In a final twist, the researchers made the whole nanosystem even more effective by administering it to the mice in conjunction with a third peptide. Dr. Ruoslahti and his team previously showed that this peptide, known as iRGD, helps co-administered drugs penetrate deeply into tumor tissue. iRGD has been shown to substantially increase treatment efficacy of various drugs against human breast, prostate, and pancreatic cancers in mice, achieving the same therapeutic effect as a normal dose with one-third as much of the drug. Here, iRGD enhanced nanoparticle penetration and therapeutic efficacy.

"In this study, our patients were mice that developed glioblastomas with the same characteristics as observed in humans with the disease. We treated them systemically with the nanoparticles. Once the nanoparticles reached the tumors' blood vessels, they delivered their payload (a drug) directly to the cell's power producer, the mitochondria. By destroying the blood vessels and also some surrounding tumor cells, we were able to cure some mice and extend the lifespan of the rest," said Dinorah Friedmann-Morvinski, Ph.D., co-first author of the study and post-doctoral research associate in the laboratory of Inder Verma, Ph.D. at the Salk Institute.