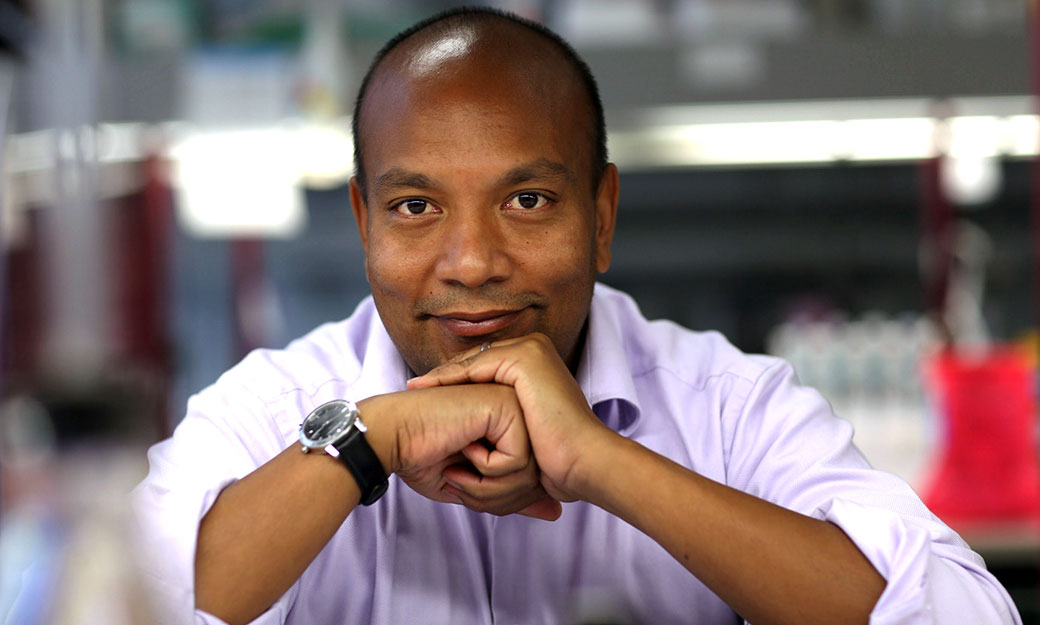 The study was published today in Cell Reports.

"We have used GAPSA to find host proteins targeted by the HIV-1 accessory protein Vpu, which allows the virus to replicate," says Sumit Chanda, Ph.D., director and professor of the Immunity and Pathogenesis Program at SBP and senior author of the study. "We selected Vpu as a test case because although some Vpu targets were known, we suspected there were more. Indeed, GAPSA was able to pinpoint several host proteins with anti-viral activity that had not been reported in connection with HIV."

Vpu is HIV's weapon against the innate immune response--the body's first line of defense against pathogens. Vpu triggers the degradation of host proteins meant to protect against HIV infection, thereby helping the virus overcome barriers to infection and replication.

"In this study we screened a set of 433 interferon-stimulated genes (ISGs)--genes that become activated in response to infection--against Vpu to create a more comprehensive list of HIV's cellular targets," says Lars Pache, Ph.D., staff scientist in Chanda's lab and co-author of the paper.

"Identifying Vpu target proteins creates an opportunity to find new drugs that block the interaction, potentially preserving host anti-viral proteins and limiting HIV infection. Importantly, the system can be equally applied to other infectious diseases that evade the immune system, such as Ebola, influenza, Zika and others," explains Pache.

"To our knowledge, GASPA is the first cell-based array platform that screens for regulators of the building and turnover of proteins (proteostasis). In addition to providing critical knowledge of how cells work, the technology can be applied to identify protein degraders that specifically target disease-causing proteins, which can open new therapeutic opportunities for a multitude of diseases," says Chanda.

"For example, in cancer, we can ask which proteins specifically degrade or destabilize oncoproteins, such as RAS and myc, and look for ways (drugs) to enhance that interaction. Similarly, with Alzheimer's disease, we can screen for proteins that degrade beta-amyloid and create therapeutic strategies to discretely control the process without distrupting the entire cellular degradation machinery.

"Our next step(s) is to collaborate with scientists across other disease areas to identify these molecular circuits that regulate protein stability," Chanda says. "We plan to use the the technology to comprehensively catalog pairs of all human proteins known to regulate degradation and their cellular targets. We anticipate that this compendium of activities will expand the therapeutic landscape for many diseases."

Sanford Burnham Prebys Medical Discovery Institute (SBP) is an independent nonprofit medical research organization that conducts world-class, collaborative, biological research and translates its discoveries for the benefit of patients. SBP focuses its research on cancer, immunity, neurodegeneration, metabolic disorders and rare children's diseases. The Institute invests in talent, technology and partnerships to accelerate the translation of laboratory discoveries that will have the greatest impact on patients. Recognized for its world-class NCI-designated Cancer Center and the Conrad Prebys Center for Chemical Genomics, SBP employs about 1,000 scientists and staff in San Diego (La Jolla), Calif., and Orlando (Lake Nona), Fla. For more information, visit us at SBPdiscovery.org or on Facebook at facebook.com/SBPdiscovery and on Twitter @SBPdiscovery.