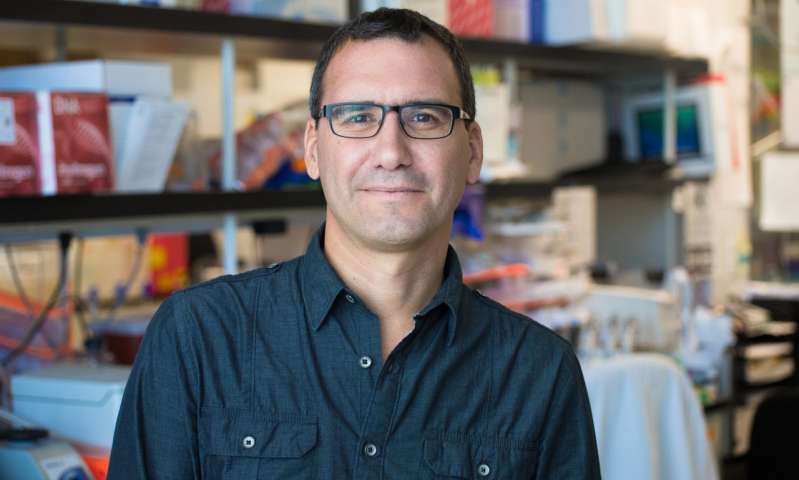 LA JOLLA — Nuclear pore complexes in the nuclear membrane not only control the transport of molecules into and out of the nucleus--they play an essential role in the survival of T cells. A new study by Sanford Burnham Prebys Medical Discovery Institute (SBP) researchers describes how a specific nuclear pore component is critical for the survival of circulating T cells. The findings, published in Nature Immunology, identify a new node of T cell receptor signaling and could pave the way for the development of future immunotherapies.

"Our study provides the first evidence of a role for nuclear pore complexes (NPCs) in the regulation of T cell activity," says Joana Borlido, Ph.D., postdoctoral scholar at SBP and lead author of the study. "We have identified a nuclear pore protein (Nup210) that circulating CD4+ T cells need to sense the molecular signals they require to survive. This is an unexpected discovery that may potentially be exploited for immune therapies to treat autoimmune and inflammatory disorders, infectious diseases and cancer."

NPCs are the passageways that control the hundreds of thousands of molecules that travel between a cell's nucleus and cytoplasm. NPCs are built from 32 different proteins (nucleoporins) whose levels can vary in different cell and tissue types. Historically, NPCs were viewed as passive structures that control the trafficking of molecules--proteins and RNA--between the two cell compartments. But over the past decade, it's become evident that they also play a role in regulating gene activity and cell function.

"We knew that Nup210 was present in its highest levels in immune tissue, but we wanted to explore what this meant from a physiological perspective and whether it contributed to immune cell functions," says Borlido.

The research team used a knockout mouse model in which the gene for Nup210 was disrupted. Deletion of Nup210 resulted in a dramatic reduction of circulating CD4+ T cells. While the development and migration of these cells occurred normally, the survival of peripheral CD4+T cells was compromised, disrupting homeostasis.

"Peripheral T cell homeostasis is achieved by careful orchestration of cell survival and division," says Maximiliano D'Angelo, Ph.D., assistant professor at SBP and senior author of the study. "This study clearly links the loss of Nup210 with deficits of mature naïve CD4+ T cells, which are the cells that enable the body to fight off infections and diseases.

A healthy pool of circulating CD4+ T cells includes both naïve and memory T cells--the cells that respond to bacteria, viruses and cancer cells previously encountered through infection or vaccination. Maintaining a balance of mature CD4+ T cells is essential for immune health. CD4+ cells secrete key molecules that trigger other immune cells to kill pathogens, make antibodies and shut down the immune system to prevent uncontrolled inflammation and autoimmune disorders. If you don't have these cells you can't fight infections and you are at risk of many diseases, including cancer.

"Our next step is to investigate how Nup210 promotes pro-survival functions, which could be especially important for modulating the numbers and function of T cells in immune-based therapies and autoimmune disorders" says D'Angelo.