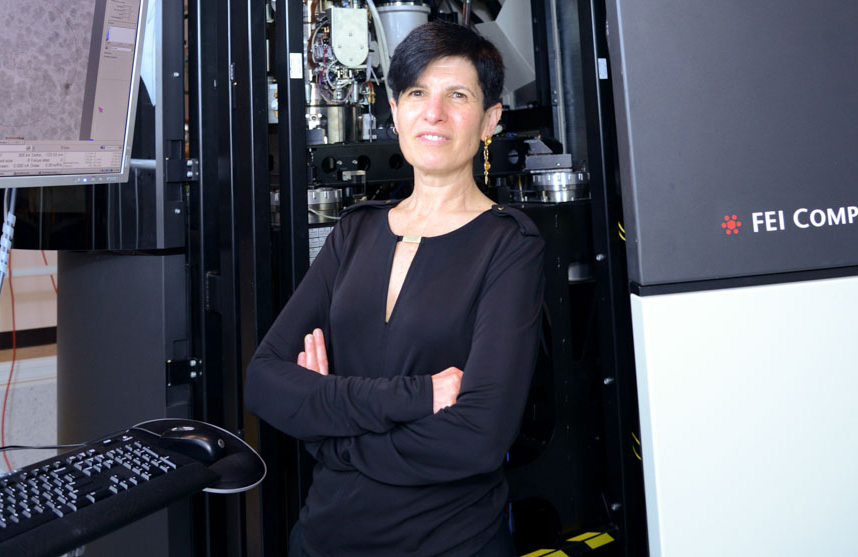 Understanding how cells move is key to learning how to halt or promote motility to improve human health.

There are many times when our cells need to move. Mobile cells guide our body’s formation (embryonic development). Immune cells roam to capture unwanted intruders. And healing cells (fibroblasts) migrate to mend wounds. But not all movement is desirable: Tumors are most dangerous when cancer cells gain the ability to travel throughout the body (metastasis). Certain bacteria and viruses can harness the cells’ motility machinery to invade our bodies. Understanding how cells move—and the rod-like actin filaments that drive the process—is key to learning how to halt or promote motility to improve human health.

Now, using one of the most powerful microscopes in the world, scientists from Sanford Burnham Prebys Medical Discovery Institute (SBP) and University of North Carolina at Chapel Hill (UNC-Chapel Hill) have identified a dense, dynamic and disorganized actin filament nanoscaffold—resembling a haystack—that is induced in response to a molecular signal. This is the first time researchers have directly visualized, at the molecular level, a structure that is triggered in response to a cellular signal—a key finding that expands our understanding of how cells move. The study was published in the Proceedings of the National Academy of Sciences of the United States of America (PNAS).

“Cyro-electron microscopy is revolutionizing our understanding of the inner workings of cells,” says Dorit Hanein, Ph.D., senior author of the paper and professor in the Bioinformatics and Structural Biology Program at Sanford Burnham Prebys. “This technology allowed us to collect robust, 3D images of regions of cells—similar to MRI, which creates detailed images of our body. We were able to visualize cells in their natural state, which revealed a never-before-seen actin nano-architecture within the cell.”

In the study, the scientists used SBP’s cryo-electron microscope (Titan Krios), artificial intelligence (AI) and tailor-made computational and cell imaging approaches to compare nanoscale images of mouse fibroblasts to time-stamped light images of fluorescent Rac1, a protein that regulates cell movement, response to force or strain (mechanosensing) and pathogen invasion. This technically complex workflow—which bridged five orders of magnitude in scale (tens of microns to nanometers)—took years to develop to its current level of robustness and accuracy and was made possible through experimental and computational efforts of the structural biologist teams at Sanford Burnham Prebys and the biosensors team at UNC-Chapel Hill.

The images revealed a densely packed, disorganized, scaffold-like structure comprised of short actin rods. These structures sprang into view in defined regions where Rac1 was activated, and quickly dissipated when Rac1 signaling stopped—in as little as two and a half minutes. This dynamic scaffold contrasted sharply with various other actin assemblies in areas of low Rac1 activation—some comprised of long, aligned rods of actin, and others comprised of short actin rods branching from the sides of longer actin filaments. The volume encasing the actin scaffold was devoid of common cellular structures, such as ribosomes, microtubules, vesicles and more, likely due to the structure’s intense density.

“We were surprised that experiment after experiment revealed these unique hotspots of unaligned, densely packed actin rods in regions that correlated with Rac1 activation,” says Niels Volkmann, Ph.D., a co-corresponding author of the paper who led the computational part of the study, and professor in the Bioinformatics and Structural Biology Program at Sanford Burnham Prebys. “We believe this disorder is actually the scaffold’s strength—it grants the flexibility and versatility to build larger, complex actin filament architectures in response to additional local spatial cues.”

Next, the scientists would like to expand the protocol to visualize more structures that are created in response to other molecular signals and to further develop the technology to allow access to other regions of the cell.

“This study is only the beginning. Now that we developed this quantitative nanoscale workflow that correlates dynamic signaling behavior with the nano-scale resolution of electron cryo-tomography, we and additional scientists can implement this powerful analytical tool not only for deciphering the inner workings of cell movement but also for elucidating the dynamics of many other macromolecular machines in an unperturbed cellular environment,” says Hanein.

She adds, “Actin is a building-block protein; it interacts with more than 150 actin binding proteins to generate diverse structures, each serving a unique function. We have a surplus of different signals that we would like to map, which could yield even more insights into how cells move.”