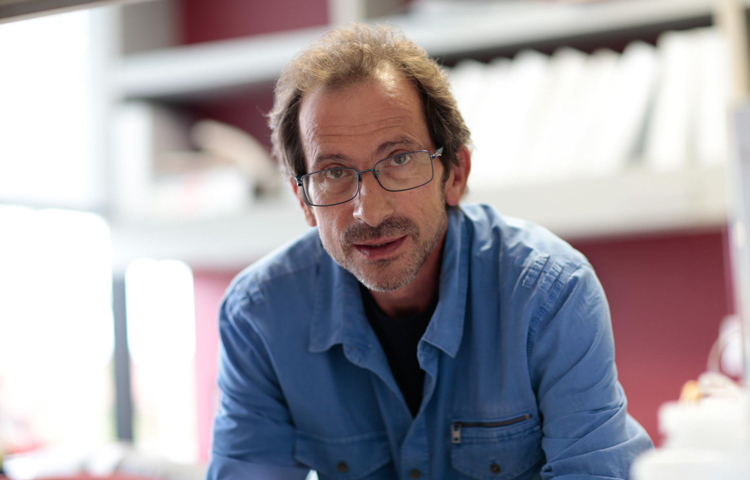 Sanford Burnham Prebys professor Andrei Osterman, Ph.D., has been awarded a $3.6 million grant from the National Institutes of Health (NIH) to expand current knowledge of antibiotic resistance, which will inform more precise antibiotic prescribing practices and help researchers develop drugs that are harder for bacteria to resist.

Antibiotic resistance is responsible for at least 700,000 deaths a year, according to the World Health Organization. This number is expected to increase in the coming decades, making antibiotic resistance a growing and pressing threat to public health.

“The emergence of antibiotic resistance is inevitable for any single drug, new or old. It’s only a question of time,” says Osterman. “But how much time is different for every drug and every microbe, so studying when and how resistance to antibiotics evolves gives us powerful information for improving antibiotic treatment.”

The threat of antibiotic resistance
When a patient is treated with antibiotics, most individual bacteria die, but a few cells will survive, usually as a lucky consequence of a random genetic mutation. These survivors go on to multiply into a whole new population of antibiotic-resistant bacteria. Because antibiotics are a staple of modern medicine, antibiotic resistance is a significant threat to public health that is only expected to become worse.

Real-time evolution monitoring
The team is employing an innovative approach using a morbidostat, a device that allows bacteria to grow continuously over multiple generations while being dosed with antibiotics. They will use the device to track the precise progression of antibiotic resistance in several clinically relevant bacterial species.

“It’s like an evolution machine, letting us watch the development of antibiotic resistance in real time and in an environment that models what happens to bacteria in a clinical setting more accurately than other approaches,” says Osterman. “This gives us a clearer and more comprehensive view of resistance than any we’ve had before.”

Understanding resistance is critical to reducing its harm
In addition to greatly expanding our knowledge of microbiology, the morbidostat approach has proven successful in preliminary studies. Working with Roche Pharma, Osterman’s team has completed morbidostat studies on several classes of antibiotic drugs. This approach is helping Roche identify promising candidates for antibiotics that are less prone to resistance.

“A completely ‘irresistible’ drug is a holy grail, something we can never truly achieve,” says Osterman. “But some drugs are less resistible than others, and this NIH funding will allow us to figure out which is which in a more systematic way than has ever been possible.”

The project will also explore how this approach can be translated into better methods for treating infections with existing antibiotic drugs.

“We are moving away from a trial-and-error approach to medicine, toward something much more calibrated,” says Osterman. “The tools we’re developing with this funding will allow doctors to select precisely optimized doses and combinations of antibiotics to maximize their benefit while minimizing resistance.”