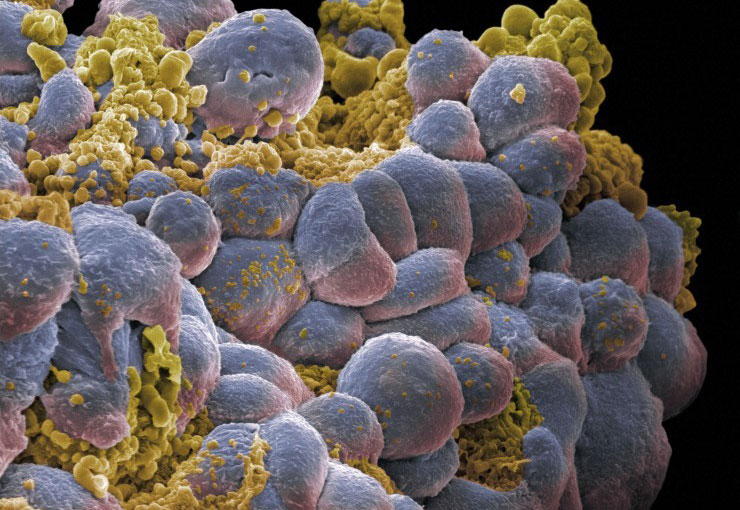 Researchers at Sanford-Burnham Medical Research Institute (Sanford-Burnham) have discovered a mechanism that explains why some breast cancer tumors respond to specific chemotherapies and others do not. The findings highlight the level of glutamine, an essential nutrient for cancer development, as a determinant of breast cancer response to select anticancer therapies, and identify a marker associated with glutamine uptake, for potential prognosis and stratification of breast cancer therapy.

“Our study indicates that a protein called RNF5 determines breast cancer response to paclitaxel, one of the most common chemotherapy drugs,” said Ze’ev Ronai, Ph.D., scientific director of Sanford-Burnham’s La Jolla campus. “Paclitaxel belongs to a class of drugs called taxanes that work by triggering a stress response in cells that in turn promotes an interaction between RNF5 and glutamine uptake proteins. We found that this interaction causes degradation of the glutamine carrier proteins, leading to an insufficient supply of glutamine and the sensitization of breast cancer tumors to death.”

The study results were published in today’s online edition of Cancer Cell.

For some time researchers have known that many tumor cell types are dependent on glutamine for growth and survival, but didn’t know how glutamine uptake was regulated. The new findings demonstrate the importance of RNF5 in the control of glutamine uptake, and in antagonizing tumor development. The findings also suggest that testing tumors for RNF5 and glutamine carrier protein levels, such as SLC1A5, may be used to identify patients best suited to taxanes-based therapy.

“Not all tumors are equipped to respond to paclitaxel therapy,” said Ronai. “Using a cohort of more than 500 breast cancer patient samples, we found that only 30 percent of tumors exhibit high levels of RNF5 and low levels of glutamine carrier proteins—the optimal profile for response to paclitaxel.”

“Understanding these types of cell mechanisms and tumor characteristics that determine the response to anticancer drugs can lead to better patient stratification as well as improved therapy approaches,” said Gordon Mills, M.D., Ph.D., chairman of the Department of Systems Biology at MD Anderson Cancer Center, 2013 recipient of the Susan B. Komen Brinker Award for contributions to breast cancer research, and co-author of the study. "The opportunity to identify and target key pathways involved in the behavior of breast cancer cells has the potential to both increase efficacy and decrease toxicity of therapy." “We also used this patient cohort to test the predictive value of measuring levels of glutamine carrier proteins as a prognostic marker,” said Ronai. Our results indicate that these proteins are an outstanding marker of patient outcome, as good as currently used markers.”

“We have started screening for inhibitors of glutamine carrier proteins as a potential new target for breast cancer treatment,” said Ronai, who is also examining the mechanism for glutamine control in other tumor types.