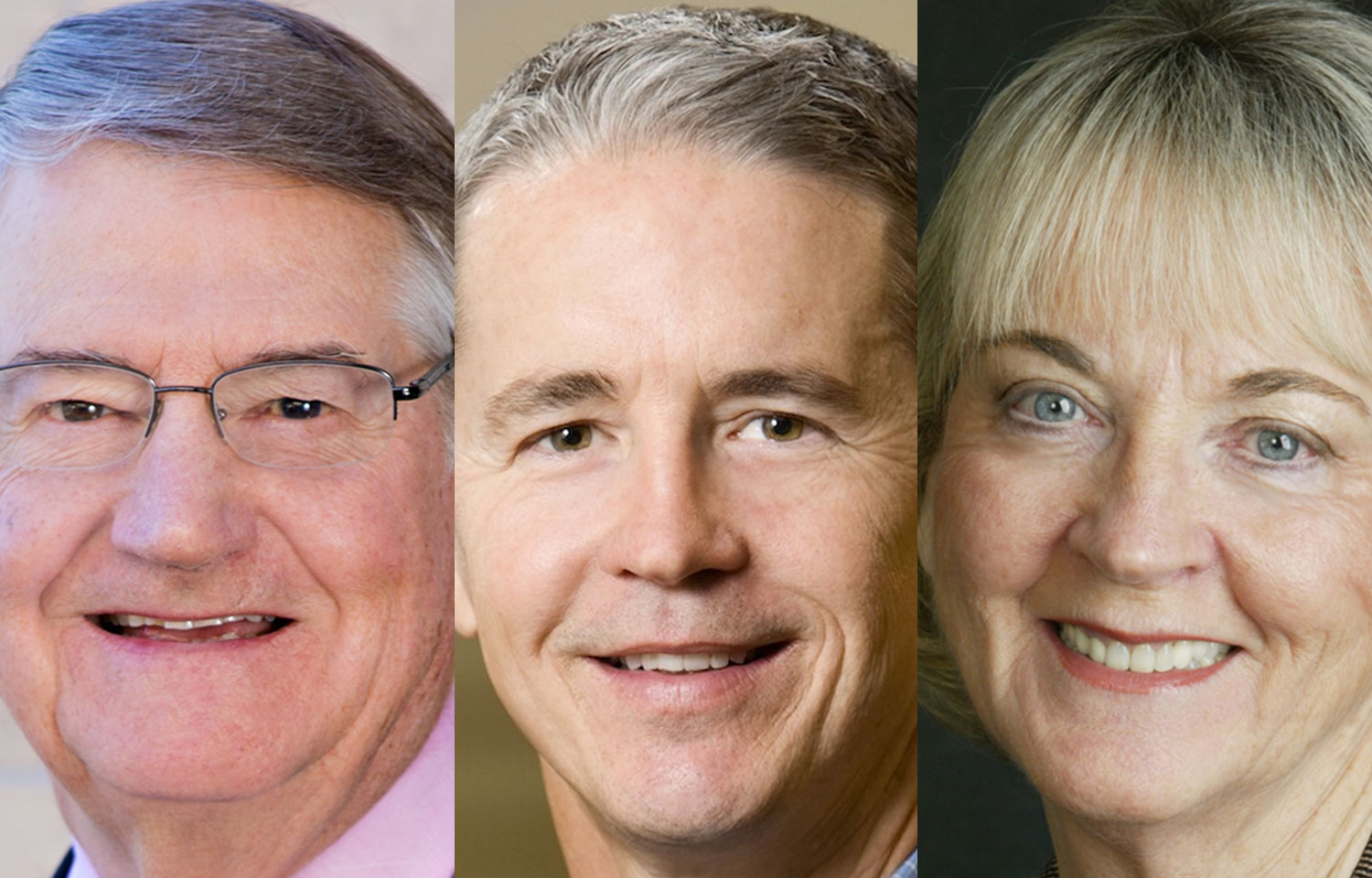 Sanford Burnham Prebys Medical Discovery Institute (SBP) today announced that James C. Blair, Ph.D., has been elected chair of SBP’s Board of Trustees. Blair is a partner at Domain Associates and has held the role of vice chair of SBP’s Board since 2013. William Gerhart, current Board member and chairman and chief executive officer of Bernoulli Pharma Holdings and CEO of Respivant Sciences, will serve as Board vice chair. The Institute also announced the appointment of Anna D. Barker, Ph.D., co-director of Complex Adaptive Systems-Biomedicine; and professor, School of Life Sciences at Arizona State University (ASU), to the Board of Trustees.

“Jim has provided SBP with guidance and sound advice in his role as vice chair of SBP’s Board of Trustees. I look forward to working with him and Bill in their expanded leadership roles,” says Kristiina Vuori, M.D., Ph.D., president of SBP. “I also welcome Anna, who brings valuable perspective from her experience in the public and private sectors, including working in academia, at the National Cancer Institute (NCI) and as CEO of a public biotech company. Anna’s rich insights will ensure SBP’s continued success as we advance our mission of uncovering discoveries that benefit patients.”

“It has been a pleasure to see SBP flourish over the past five years. As Board chair, I look forward to helping further SBP’s achievements in conducting world-class biomedical research that improves human health,” comments Blair.

“I have long admired SBP’s dedication to innovative biomedical research, and as a Board member, I anticipate contributing to the Institute’s commitment to scientific excellence that addresses the unmet medical needs of patients,” adds Barker.

“Additionally, we thank Hank Nordhoff, CEO of Banyan Biomarkers, Inc., for his exceptional leadership as Board chair. We are pleased he has chosen to remain a Board member so that SBP can continue to benefit from his strategic experience and deep knowledge of the biopharmaceutical industry and our Institute,” says Vuori.

More information about each trustee follows:

James Blair has more than 45 years of experience seeding and growing companies. Over the course of his career, he has helped shape the success of more than 40 life sciences companies, including Amgen, Amylin Pharmaceuticals and NuVasive. He joined Domain as a partner in 1985, the year the venture firm was founded. He is also CEO and director of Gene Sciences.

Prior to Domain, Blair was a managing director of Rothschild Inc., a financial advisory group. Previously, he was associated with F. S. Smithers and Co.; and White, Weld and Co., both investment banking firms. He has also held the position of engineering manager at RCA Corporation, an electronics company.

In addition to his SBP role, he currently serves on the Board of Directors of aTyr Pharma, Axial Biotherapeutics, ChromaCode, Clovis Oncology, Ocunexus Therapeutics and the Prostate Cancer Foundation. He is also on the advisory boards of the Department of Molecular Biology at Princeton University, the USC Stevens Institute for Innovation, and the Caltech Division of Chemistry and Chemical Engineering.

Blair obtained his doctorate and master’s degrees in electrical engineering from the University of Pennsylvania. He received his bachelor’s degree from Princeton University.

William Gerhart currently serves as chairman and chief executive officer of Bernoulli Pharma Holdings and CEO of Respivant Sciences, a biopharmaceutical company focused on improving the lives of patients suffering from serious respiratory diseases. Gerhart has more than 25 years of experience in launching, financing and building companies based on promising technologies.

Previously, Gerhart was co-founder and CEO of Patara Pharma, which was acquired in September 2018 by Roivant Sciences. Prior to Patara, he was president and CEO of Elevation Pharmaceuticals, a San Diego–based biotech company he co-founded in 2008 that developed a new inhaled therapy for patients with severe chronic obstructive pulmonary disease (COPD), now available as Lonhala® Magnair®. Elevation was acquired in 2012 by Sunovion, a subsidiary of Dainippon Sumitomo Pharma. Prior to Elevation, Gerhart was president and CEO of Mpex Pharmaceuticals from 2002 to 2007, developer of Quinsair®, an inhaled antibiotic for the treatment of cystic fibrosis patients.

Anna Barker brings decades of research and development expertise spanning the academic, nonprofit and private sectors to her new role. Prior to ASU, Barker served as the National Cancer Institute’s deputy director for strategic scientific initiatives. For nearly two decades, she was a senior executive at the Battelle Memorial Institute, a nonprofit science and technology development organization. She also co-founded and served as CEO of a public biotechnology company.

In addition to her SBP role, Barker is a Board member and scientific or strategic adviser for ten organizations or companies including FasterCures, a center of the Milken Institute, the American Association for Cancer Research (AACR) and the Biden Cancer Initiative. Barker has received numerous awards for her cancer research, as well as her policy and advocacy work—including the AACR Margaret Foti Award for Leadership and Extraordinary Achievements in Cancer Research and the Frances Prescott Award for Breast Cancer Research Advocacy.