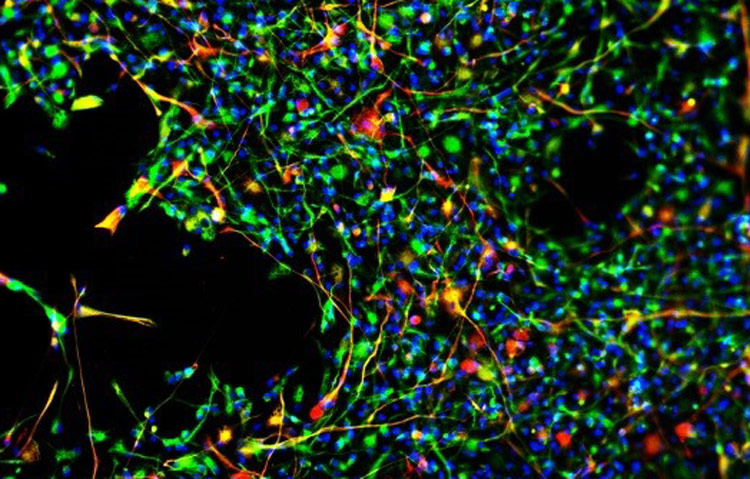 Scientists at Sanford Burnham Prebys Medical Discovery Institute have created a drug that can lure stem cells to damaged tissue and improve treatment efficacy—a scientific first and a major advance for the field of regenerative medicine. The discovery, published in the Proceedings of the National Academy of Sciences (PNAS), could improve current stem cell therapies designed to treat neurological disorders such as spinal cord injury, stroke, amyotrophic lateral sclerosis (ALS) and other neurodegenerative disorders; and expand their use to new conditions, such as heart disease or arthritis.

“The ability to instruct a stem cell where to go in the body or to a particular region of a given organ is the Holy Grail for regenerative medicine,” says Evan Y. Snyder, M.D. Ph.D., professor and director of the Center for Stem Cells & Regenerative Medicine at Sanford Burnham Prebys and senior author of the study. “Now, for the first time ever, we can direct a stem cell to a desired location and focus its therapeutic impact.”

Nearly 15 years ago, Snyder and his team discovered that stem cells are drawn to inflammation—a biological “fire alarm” that signals damage has occurred. However, using inflammation as a therapeutic lure isn’t feasible because an inflammatory environment can be harmful to the body. Thus, scientists have been on the hunt for tools to help stem cells migrate—or “home”—to desired places in the body. This tool would be helpful for disorders in which initial inflammatory signals fade over time—such as chronic spinal cord injury or stroke—and conditions where the role of inflammation is not clearly understood, such as heart disease.

“Thanks to decades of investment in stem cell science, we are making tremendous progress in our understanding of how these cells work and how they can be harnessed to help reverse injury or disease,” says Maria T. Millan, M.D., president and CEO of the California Institute for Regenerative Medicine (CIRM), which partially funded the research. “Dr. Snyder’s group has identified a drug that could boost the ability of neural stem cells to home to sites of injury and initiate repair. This candidate could help speed the development of stem cell treatments for conditions such as spinal cord injury and Alzheimer’s disease.”

A drug with only the “good bits”

In the study, the scientists modified CXCL12—an inflammatory molecule that Snyder’s team previously discovered could guide healing stem cells to sites in need of repair—to create a drug called SDV1a. The new drug works by enhancing stem cell binding and minimizing inflammatory signaling—and can be injected anywhere to lure stem cells to a specific location without causing inflammation.

“Since inflammation can be dangerous, we modified CXCL12 by stripping away the risky bit and maximizing the good bit,” says Snyder. “Now we have a drug that draws stem cells to a region of pathology, but without creating or worsening unwanted inflammation.”

To demonstrate that the new drug is able to improve the efficacy of a stem cell treatment, the researchers implanted SDV1a and human neural stem cells into the brains of mice with a neurodegenerative disease called Sandhoff disease. This experiment showed that SDV1a helped the human neural stem cells migrate and perform healing functions, which included extending lifespan, delaying symptom onset, and preserving motor function for much longer than the mice that didn’t receive the drug. Importantly, inflammation was not activated, and the stem cells were able to suppress any preexisting inflammation.

The researchers have already begun testing SDV1a’s ability to improve stem cell therapy in a mouse model of ALS, also known as Lou Gehrig’s disease, which is caused by a progressive loss of motor neurons in the brain. Previous studies conducted by Snyder’s team indicated that broadening the spread of neural stem cells helps more motor neurons survive—so the scientists are hopeful that the strategic placement of SDV1a will expand the terrain covered by neuroprotective stem cells and help slow the onset and progression of the disease.

“We are optimistic that this drug’s mechanism of action may potentially benefit a variety of neurodegenerative disorders, as well as non-neurological conditions such as heart disease, arthritis and even brain cancer,” says Snyder. “Interestingly, because CXCL12 and its receptor are implicated in the cytokine storm that characterizes severe COVID-19, some of our insights into how to selectively inhibit inflammation without suppressing other normal processes may be useful in that arena as well.”