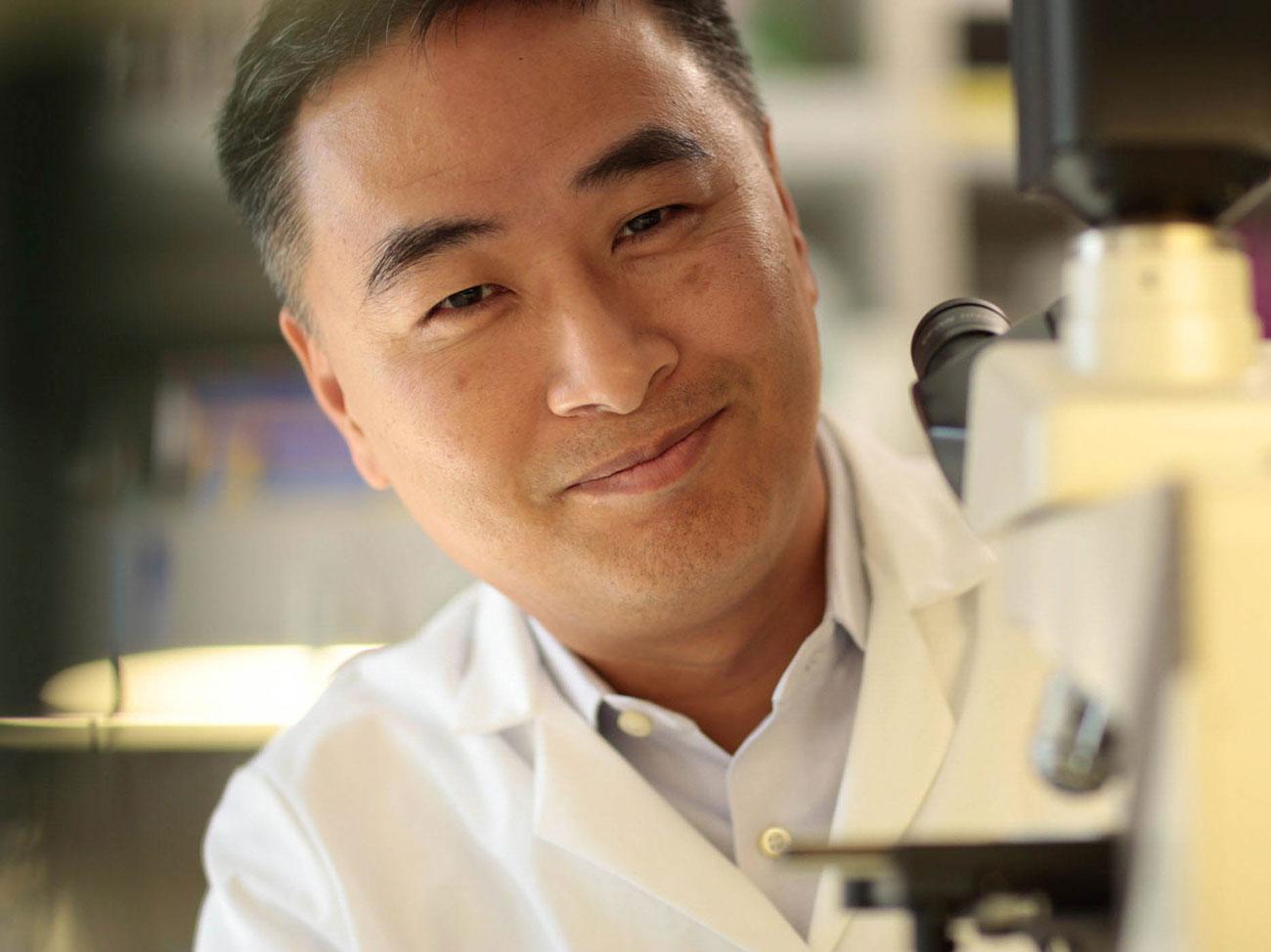 An Integrated View of Alzheimer’s Disease and Neurodegeneration

Alzheimer’s disease (AD) is a debilitating age-related neurodegenerative disorder characterized by progressive memory loss and steady decline of cognitive functions. Currently, AD is an incurable disease affecting over 6 million people (1.8%) in the United States alone and over 50 million people worldwide. Recent epidemiological data show AD is the most common neurodegenerative disorder in the elderly and one of the fastest-growing causes of death in the US with an estimated annual growth rate approaching 10% per year and total annual costs exceeding $200 billion (according to the Alzheimer’s Association). AD is a serious and costly health problem with impending deleterious effects on afflicted individuals, family members, and the global economy.

Our research efforts are focused on identifying the underlying causes of AD at a molecular level; which is currently poorly understood. By deciphering how AD is triggered and by understanding its progression, we may better identify methods to slow or prevent the effects of the disease. Our understanding of how AD progresses and facilitates neurodegeneration is dependent on our ability to decipher the neurodegenerative process as a whole. Using a combination of biochemical, molecular, histological/electrophysiological and behavioral analyses in cells, neurons and mouse neurodegenerative models, we seek to understand how signaling pathways are affected in neurological disorders at the molecular level, and determine how this can affect neurological function in surrogate animal models of AD.

AD in its terminal stages is defined by two pathological hallmarks, namely amyloid plaques enriched in the neurotoxic amyloid peptide (Ab), and neurofibrillary tangles enriched in the microtubule binding protein tau (MAPT). Our understanding of how Ab is generated and how Ab and tau disrupt neurological brain function is fundamental to formulate drug-targeting strategies for AD treatment. We have characterized several new molecular mechanisms that can modulate Ab generation. These include new functions carried out by signaling components such as FG01 (a.k.a. RPS23R-1), sorting nexin-27 (SNX27), Appoptosin (a.k.a. SLC38A25), SORLA, and TREM2 in modulating Ab generation and toxicity.

FG01 - Using a genetic screen for suppressors of Ab generation, we identified a mouse gene Rps23r1/FG01 as a potent inhibitor of Ab production and proteotoxic tau phosphorylation through activation of the adenylyl cyclase pathway. FG01 transgenic overexpression attenuates Ab-dependent synaptotoxicity and cognitive defects.

SNX27 – SNX27 is a trafficking component required for proper endosomal recycling of various transmembrane components to the cell surface. We identified a role for SNX27 in suppressing Ab generation by reducing the activity of the amyloidogenic gamma-secretase protease complex. We also find that SNX27 promotes cell surface distribution of the Ab precursor APP through the APP trafficking component SORLA, thereby shunting APP away from Ab processing pathways in the late endosome.

Appoptosin – Appoptosin or SLC25A38 is a mitochondrial inner membrane transporter that mediates biosynthesis of heme. In humans, mutations in the appoptosin gene cause sideroblastic anemia. Although its role in neurodegeneration has been previously unclear, it has been genetically linked to ApoE4 dependent AD onset by Genome-Wide Association Studies (GWAS). We have recently found that appoptosin activates caspase-3 enzyme and acts as a potent inducer of apoptotic neuronal death; which is a pathological event in late stage AD. Interestingly, our findings indicate that appoptosin transduces cell death signals in neurons in response to Ab or glutamate excitotoxic insults, and is upregulated in human AD patients. In addition, we found that appoptosin can regulate synaptic and memory functions by affecting protein phosphatase activities and trafficking of synaptic signaling receptors. Together, it has become evident that appoptosin is a neurodegenerative trigger in diseases such as AD.

SORLA – SORLA was originally identified as a potential blood biomarker that was reduced in AD patients. Recently, the linkage of SORLA with AD has been confirmed by GWAS. SORLA (Sortilin - related receptor with LDL class A repeats, or SORL1/LR11) is a transmembrane component previously found to limit amyloidogenic trafficking of APP. We are also currently exploring a likely role for SORLA in limiting Ab toxicity through its interaction with other AD-associated Ab receptors.

TREM2 – TREM2 is a genetic AD risk component that is enriched in microglia in the brain. Implication of TREM2 and other AD risk components such as CD33, CR1, MS4A, ABCA7 and EphA1 are found to be enriched in non-neuronal, immune cell types in the brain. Although it is uncertain how TREM2 contributes to AD, our findings indicate that a soluble form of TREM2 (sTREM2) that is elevated in the cerebrospinal fluid of AD patients can trigger a proinflammatory response, which may contribute to neuroinflammatory pathology seen in AD.

Dysfunction of Ad Signaling in Other Neurodegenerative Disorders

Given that many of the dysfunctional cell components involved in AD pathogenesis play key roles in normal brain function, AD associated gene components are also often found to be involved in other neurodegenerative disorders. Our studies have characterized overlapping roles for several AD components in other neurological disorders, including Down syndrome, progressive supranuclear palsy (PSP), and other tauopathies.

In addition to its contribution to inhibiting amyloidogenic APP processing through attenuation of the gamma-secretase complex and endosomal trafficking, our findings show that SNX27 is also downregulated in Down’s syndrome (DS). This results in abnormal redistribution of cell surface glutamate receptors, thereby attenuating synaptic and cognitive function in DS. We also find that SNX27-mediated gamma-secretase inhibition is also likely attenuated to produce developmental defects in the ependymal layer within brain ventricles seen in pathological conditions linked to hydrocephalus.

AD is part of a large family of neurodegenerative disorders known as tauopathies; which are characterized by pathological formation of intracellular tau-enriched neurofibrillary tangles (NFTs). Previous reports suggest a link between the adjacent locus for the myelin-associated oligodendrocyte basic protein (MOBP) and PSP, a tauopathic neurodegenerative disorder with no previously known cause. We have recently characterized an appoptosin-associated risk allele linked to PSP, which results in elevated appoptosin levels, caspase-3 activation, and abnormal tau cleavage to consequently trigger neurodegenerative phenotypes seen in PSP.

Our understanding of the human brain at the molecular and cellular level is far from complete. However, with advances in the molecular tools and neurodegenerative models available to study the pathways involved in neuronal dysfunction, we are slowly building a roadmap to key processes that are dysregulated in neurodegeneration. By building a blueprint for neurodegenerative dysfunction as a whole, we will advance our knowledge of how neuronal pathways decline with age, and potentially identify points of intervention to slow or stop the onset of AD and other neurological disorders. Based on our findings so far, we are currently employing efforts to modulate critical signaling junctions in the pathways above using drug screening strategies in search for compounds that can be employed to slow and treat AD and other neurodegenerative disorders.

Dr. Xu earned his bachelor’s degree in biochemistry at the Xiamen University in Xiamen, China and his doctorate in Cell Biology from the Albert Einstein College of Medicine in New York, NY.  He completed his postgraduate studies with a fellowship from the Albert Einstein College of Medicine and at The Rockefeller University.  In 1998 Dr. Xu became an Assistant Professor at the Fisher Center for Research on Alzheimer Disease, Rockefeller University. In 2003 Dr. Xu joined the Neurodegenerative Disease Program at the Burnham Institute for Medical Research as Associate Professor and in 2008 as a Professor. During this time he was Acting Director (2007-2011) of the Neurodegenerative Disease Program.  In 2016 Dr. Xu was appointed Director of the Neuroscience Initiative. 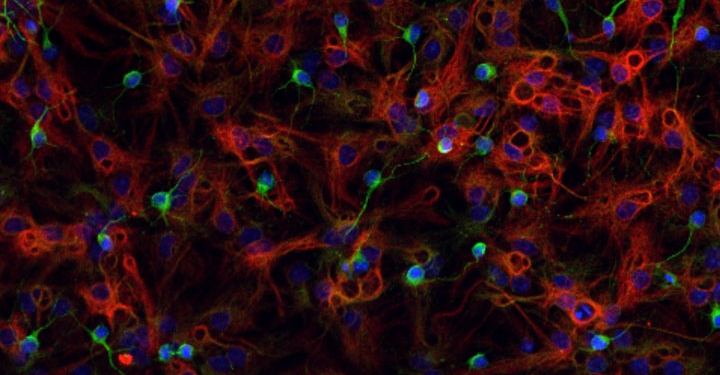 Bringing Order out of Chaos: Establishing an Epistatic Relationship between CD33 and TREM2.