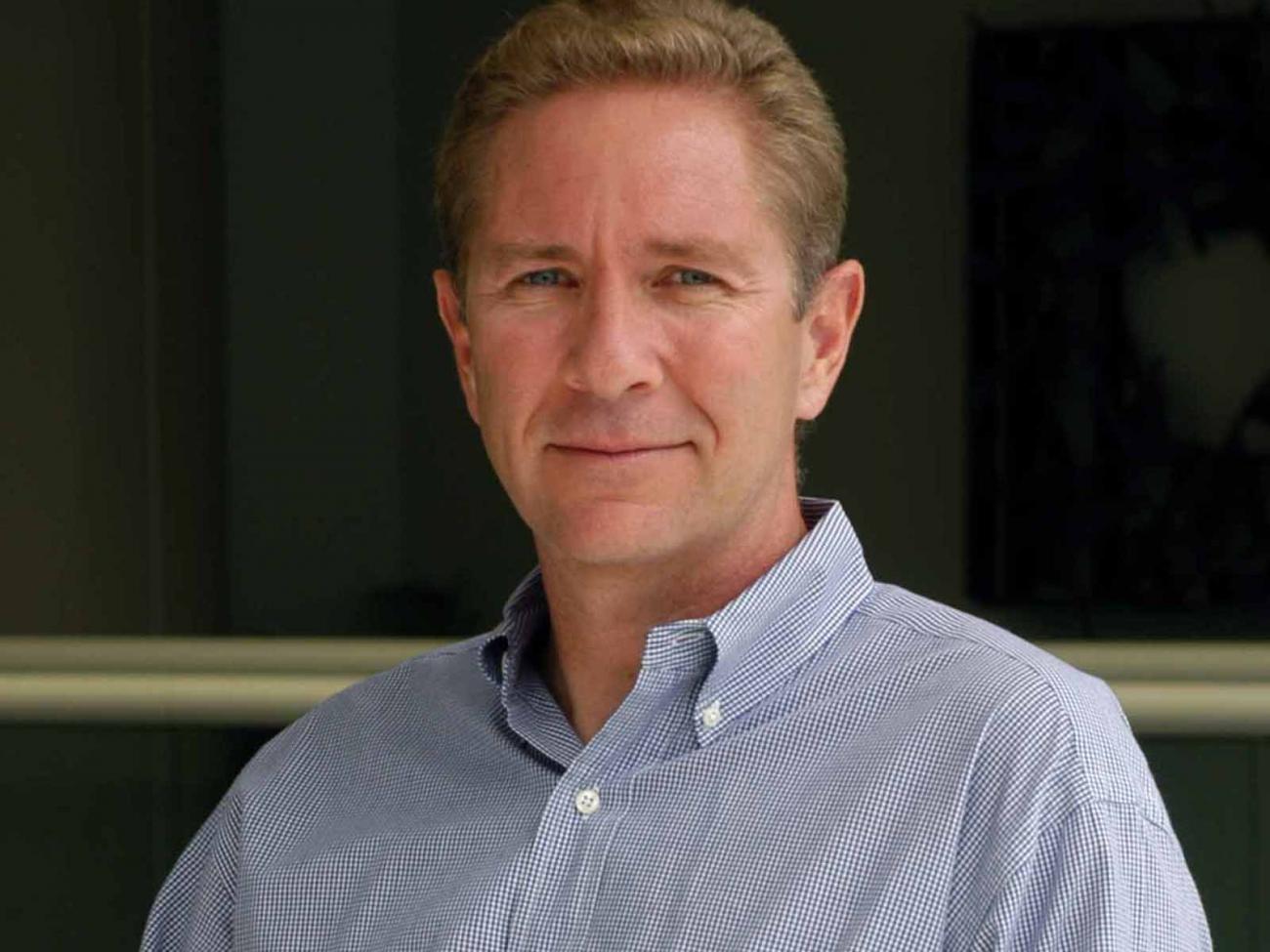 Dr. Smith’s laboratory has a longstanding interest in developing new methods for proteomics. In particular, they have been interested in activity-based proteomics, in which small molecules are used to tag active sites within enzymes. By constructing such probes so that they react broadly with many members of an enzyme class, one can quantify and identify active enzymes within any biological sample. With this strategy, one can use the power of chemistry as a “separation tool” to parse the proteome into easily understandable classes. Because the chemical probes that are used for activity-based proteomics bind at the active site of a class of enzymes, one can also use this method to screen for drugs that inhibit a particular enzyme. Because activity-based probes usually bind to the homologues in an enzyme family, such drug screening also reveals cross-reactivity of many compounds, information that can be used to eliminate unwanted side effects of drugs. Our group used this approach to identify fatty acid synthase as a drug target in oncology, and to reveal that Orlistat, a drug already approved for treating obesity, is a lead antagonist of this enzyme.

Fatty Acid Synthase
Fatty Acids Synthase (FAS) is the single eukaryotic enzyme responsible for converting dietary carbohydrate to fat. Given this pivotal role, the enzyme has long been considered as a potential drug target in controlling obesity. Surprisingly, FAS is also strongly linked to tumor progression. The enzyme is up-regulated in all types of solid tumors; and in breast and prostate cancer, increases in its expression are linked to the transition to hormone-independent growth.

Our interest in FAS centers on three objectives: 1) to better understand the role of FAS in tumor cell metabolism in order to identify which patients would best benefit from FAS-directed therapy; 2) to discover and develop small molecules that are able to kill tumor cells through exploiting this FAS-dependence while causing minimal damage to normal tissues; and 3) to identify the mechanisms by which the inhibition of FAS leads to tumor cell death so that targeted therapies may be developed.

Rather than view FAS as a stand-alone tumor marker or target, we are investigating the upregulation of fatty acid production as part of an overall shift in a tumor’s metabolism. The existence of unique tumor metabolism has been known for decades but the specifics have not yet been described due to limitations in technology. We are using state-of-the-art NMR spectroscopy and mass spectrometry to observe the metabolome of breast tumor cells and identifying changes that occur as a cells moves from from normalcy to premalignancy to metastasis. Additionally, we are able to observe the effects of FAS inhibition on the metabolism of these tumor cells to better understand why FAS is necessary for their survival.

The current chemical and molecular biology tools with which we inhibit FAS are very effective in a laboratory setting but are poor therapeutic agents. That is why we are working with medicinal and synthetic chemists to improve known FAS inhibitors and discovering novel pharmacophores. These compounds inhibit FAS through mechanisms different than the currently available agents and also display more “drug-like” properties, making them promising anticancer lead compounds.

Ileal Bile Acid Binding Protein
Ileal Bile Acid Binding Protein (IBABP) is a member of a family of cytoplasmic fatty acid binding proteins. IBABP is unique in that it binds selectively to bile acids, and not to fatty acids. It is generally believed that IBABP has a central role in regulating the cytoplasmic levels of bile acid, and is therefore important in regulating the cholesterol balance in the body.

Our group has discovered that three variants of IBABP can be expressed in cells. One of these variants, which has a fifty amino acid residue N-terminal extension, is the predominant form of IBABP in colon cancer cells. Interestingly, this variant of IBABP arises from an alternative transcriptional start site in the IBABP gene. The role of IBABP and its variants in the onset and progression of colon cancer has not been examined. However, there is considerable support for the idea that toxic secondary bile acids contribute to the onset and progression of colon cancer. The objectives of our studies with IBABP are three-fold; 1) to clarify the transcriptional regulation of IBABP and its variants, particular as it relates to colon cancer, 2) define the role of the long form of IBABP in tumor cell growth and survival, and 3) determine if IBABP is a receptor for a bile acid called ursodeoxycholic acid, which has chemopreventative properties.

The long-term objective of this study is to identify biochemical pathways that can be used to diagnose and treat human cancers. This study will focus on central carbon metabolism, a process including the uptake and usage of glucose for energy production, cellular biosynthesis, and cell reproduction. Specifically, the work will center on cells in which the tumor suppresser PTEN is inactivated. Because PTEN is frequently inactivated in cancers, including those of the breast, prostate, ovary, endometrium and skin, the work will be relevant to a wide range of human cancers.

The study seeks to test the hypothesis that inactivation of PTEN is associated with significant changes in central metabolism, and that some of these metabolic pathways may be exploited as therapeutic and prognostic targets in human cancers. Our preliminary results point to PTEN-dependent changes in metabolic flux in melanoma cells. To test this hypothesis the Specific Aims are to address the following questions using melanoma cell systems as a model: 1) What are the differences in central carbon metabolism in PTEN+ and PTEN inactive tumors? 2) What metabolic pathways can be exploited as drug targets inPTEN inactive melanomas? 3) What are the effects of drugs on central metabolism in PTEN+ and PTEN inactive melanoma cells? 4) Can we identify subsets of PTEN inactive tumors that are highly responsive to a metabolic blockade?

The primary approach for the study is an analysis of carbon flux through central metabolism using 2D HSQC NMR. Flux through glycolysis, the pentose phosphate pathway, the TCA cycle, and fatty acid biosynthesis, will be quantified and compared under a number of conditions that are known to alter the function of the PTEN pathway. The studies will also define the concentrations of more then twenty key metabolites. Altogether the information gained form this work should provide an understanding how the mechanistic connections occur between PTEN/PI3K/Akt and central metabolism. It is anticipated that the work will also reveal new diagnostic and therapeutic targets.

Jeffrey W. Smith earned his Ph.D. in biological sciences at UC Irvine in 1987. Following postdoctoral training at The Scripps Research Institute, he was appointed to their staff in 1991. Dr. Smith was recruited to Sanford Burnham Prebys in 1995.

Basis for substrate recognition and distinction by matrix metalloproteinases.

Reverse TCA cycle flux through isocitrate dehydrogenases 1 and 2 is required for lipogenesis in hypoxic melanoma cells.

Correction for Fogal et al., "Mitochondrial p32 Protein Is a Critical Regulator of Tumor Metabolism via Maintenance of Oxidative Phosphorylation".

Correcting a Fundamental Flaw in the Paradigm for Antimicrobial Susceptibility Testing.

A strategy for dual inhibition of the proteasome and fatty acid synthase with belactosin C-orlistat hybrids.