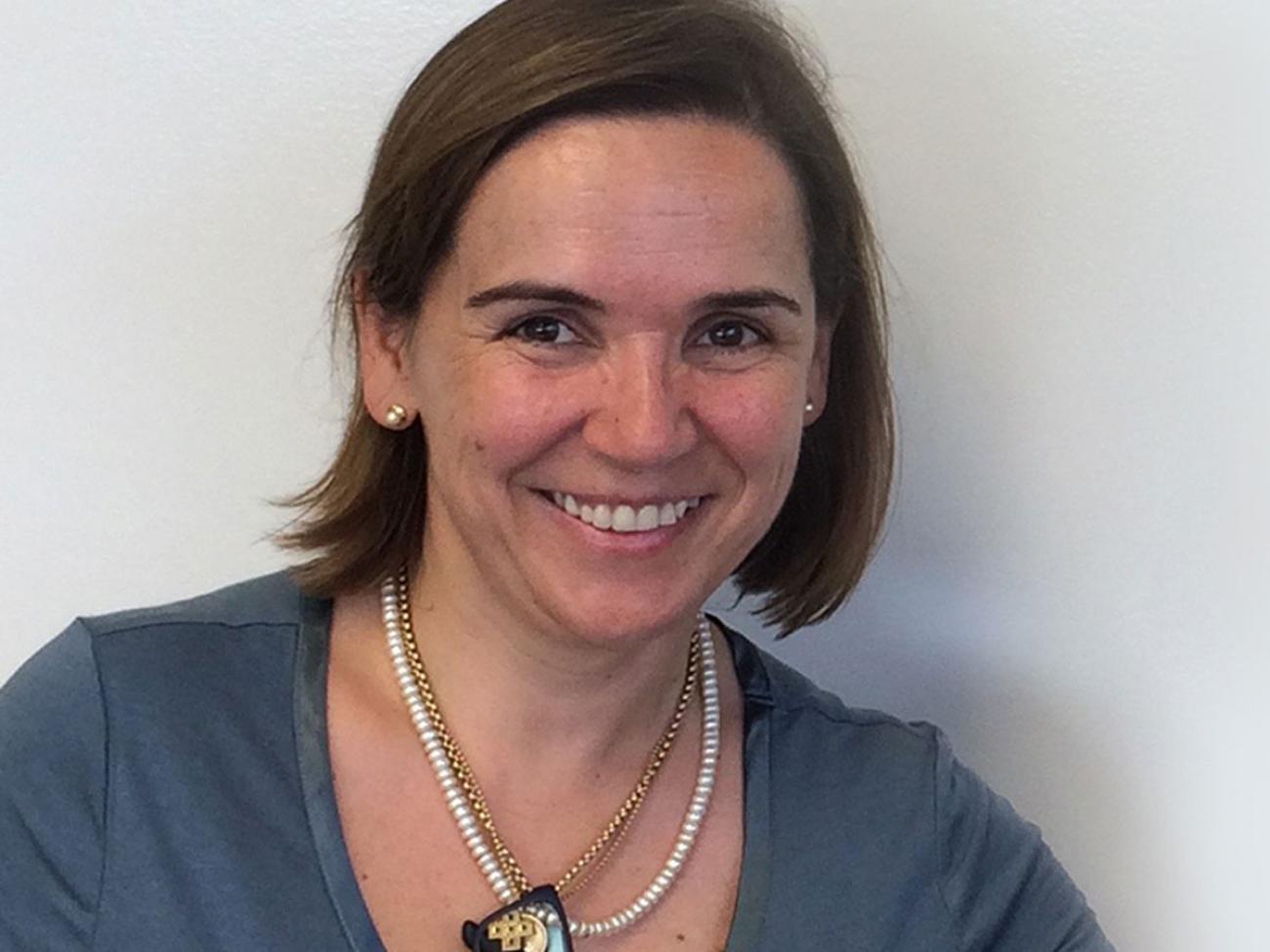 The overall goal of my laboratory is to study metabolism and inflammation in the context of prostate cancer (PCa), with the aim of understanding the biology of this disease and to identify potentially novel therapeutic targets. Prostate carcinogenesis is a multistage process that is governed by cumulative genetic and epigenetic alterations, and consists of initiation, promotion and progression. While initiation is induced by genetic changes and is irreversible, tumor promotion and progression are long-lasting processes that are susceptible to be modulated and even reversed, thereby providing a rationale for therapeutic intervention. Tumor promotion is highly regulated by the interaction between initiated cells and their microenvironment. Furthermore, the cross-talk between the tumor epithelium and the surrounding stroma is emerging as a key area of research, and as a source of novel therapeutic targets. My laboratory has made important contributions in this area. Thus, I have identified two novel tumor suppressors in PCa, termed Par-4 and PKCζ, whose loss cooperates with that of PTEN, a frequent event in PCa, to promote invasive carcinoma. In addition, two key breakthroughs in my laboratory have guided the current focus of my research. The first one was the discovery, in collaboration with Jorge Moscat, of p62, a critical signaling adapter and a substrate of autophagy. The second one was the identification of p62 as a novel component of the mTORC1 pathway, linking nutrient sensing to cell growth with special relevance in PCa. More recently, my laboratory has made a seminal contribution to the understanding of the metabolic crosstalk between stroma and epithelium in the tumor microenvironment by describing a novel unexpected role of p62 as a tumor suppressor in the PCa stroma, through the control of metabolic reprograming by mTORC1. Furthermore, we have established for the first time how p62 critically regulates the metabolism of amino acids (specifically asparagine) in PCa stromal cells, which serves to promote the survival of stromal cells, as well as to sustain the growth of epithelial cancer cells under conditions of nutrient stress, which is often found in highly aggressive tumors.

Identification of novel tumor suppressors. My laboratory has developed a deep knowledge and expertise in the PCa field. My interest in PCa originated after the identification of Par-4 as a novel tumor suppressor and an interacting partner of PKCζ. Our work has established that the loss of Par-4, and also that of PKCζ, cooperates with loss of PTEN, a critical event in PCa, to promote invasive carcinoma. Importantly, our laboratory was the first to propose that PKCζ is a tumor suppressor and not an oncogene as previously proposed. This work was pioneer and has been recently recognized also by the studies of other investigators and constitutes a paradigm shift in the PKCζ field. In addition, our research unveiled the precise molecular mechanisms that regulate the cooperation of these tumor suppressors in cancer promotion. That is, we identified PKCζ as a novel upstream signaling kinase of c-Myc to regulate invasion in PCa. This opens new avenues to design potential interventions to interfere with downstream PKCζ’s actions and connect this kinase with c-Myc, an important event in PCa.

Key role of p62 the mTORC1 pathway in nutrient sensing. More recently, work in my lab defined for the first time that p62 is a novel and critical regulator of the mTORC1 pathway, an essential biochemical pathway for nutrient sensing, specifically in for amino acids. Moreover, studies in my laboratory have further defined the mechanisms whereby p62 links amino acid availability for anabolism to mTORC1 activation. This is a novel mechanism critical to maintain metabolic homeostasis and cell growth, such as deregulation of these processes results in metabolic alterations in cancer. Therefore, a better understanding of this key signaling process is a fundamental question in cancer cell biology.

Metabolic reprograming in cancer. The study of cancer metabolism and its interface with inflammation is an important field of research to identify new vulnerabilities to target cancer cells. These potentially novel therapeutic targets will certainly be translated into new and better therapies. A recent study has expanded our interest in cancer metabolism to their role in the tumor stroma, a critical but understudied compartment in the tumor microenvironment. This is part of the collaboration of my laboratory with Jorge Moscat and Christian Metallo (UCSD). In these studies, we unveiled the role of p62 as a novel tumor suppressor through its ability to regulate metabolic reprograming and inflammation in cancer associated fibroblasts. This constitutes a paradigm shift as it reveals the dual role of p62 and mTORC1 as a tumor promoter in the epithelium, but a tumor suppressor in the stroma, which has tremendous implications for our understanding of the lack of efficacy of mTORC1 inhibitors in cancer therapy. In addition, we recently uncovered a new and unexpected role of p62 in the liver stroma as a negative regulator of the reprogramming of hepatic stellate cells by vitamin D. Furthermore, our most recent work has identified the nutrient stress sensor ATF4 as a synthetic vulnerability of the p62-deficient tumor stroma.

Dr. Diaz-Meco earned a bachelor’s degree in Chemistry (1988), and her Ph.D. in Biochemistry & Molecular Biology (1991) at the University Complutense in Madrid, Spain with graduate training studies at the National Cancer Institute. In 1996, she became Assistant Professor at the Spanish Research Council and was promoted to Associate Professor in 2003. In 2006, she was recruited to the Genome Research Institute at the University of Cincinnati (UC). In 2010, she was appointed Professor of Cancer and Cellular Biology at UC. She joined the Institute’s faculty in 2011.

Short-term Fellowship from the Foundation for Advanced Education in Sciences (NIH) to work under the direction of Dr. Aaronson, National Institutes of Health, Bethesda, USA. 1989

Postgraduate Fellowship from the Spanish Education and Science Ministry 1990-1994

Short-term Fellowship from “Comunidad de Madrid” to continue the studies under the direction of Dr. Aaronson, National Institutes of Health, Bethesda, USA 1990 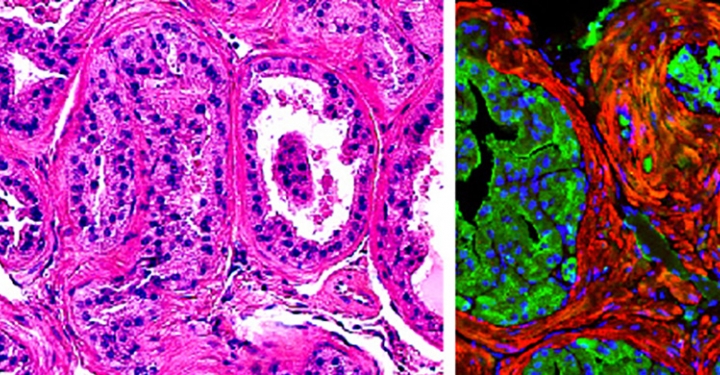 ATF4-Induced Metabolic Reprograming Is a Synthetic Vulnerability of the p62-Deficient Tumor Stroma.

The complexity of the serine glycine one-carbon pathway in cancer.

The Dual Roles of the Atypical Protein Kinase Cs in Cancer.

Mechanistic insight into the regulation of SQSTM1/p62.