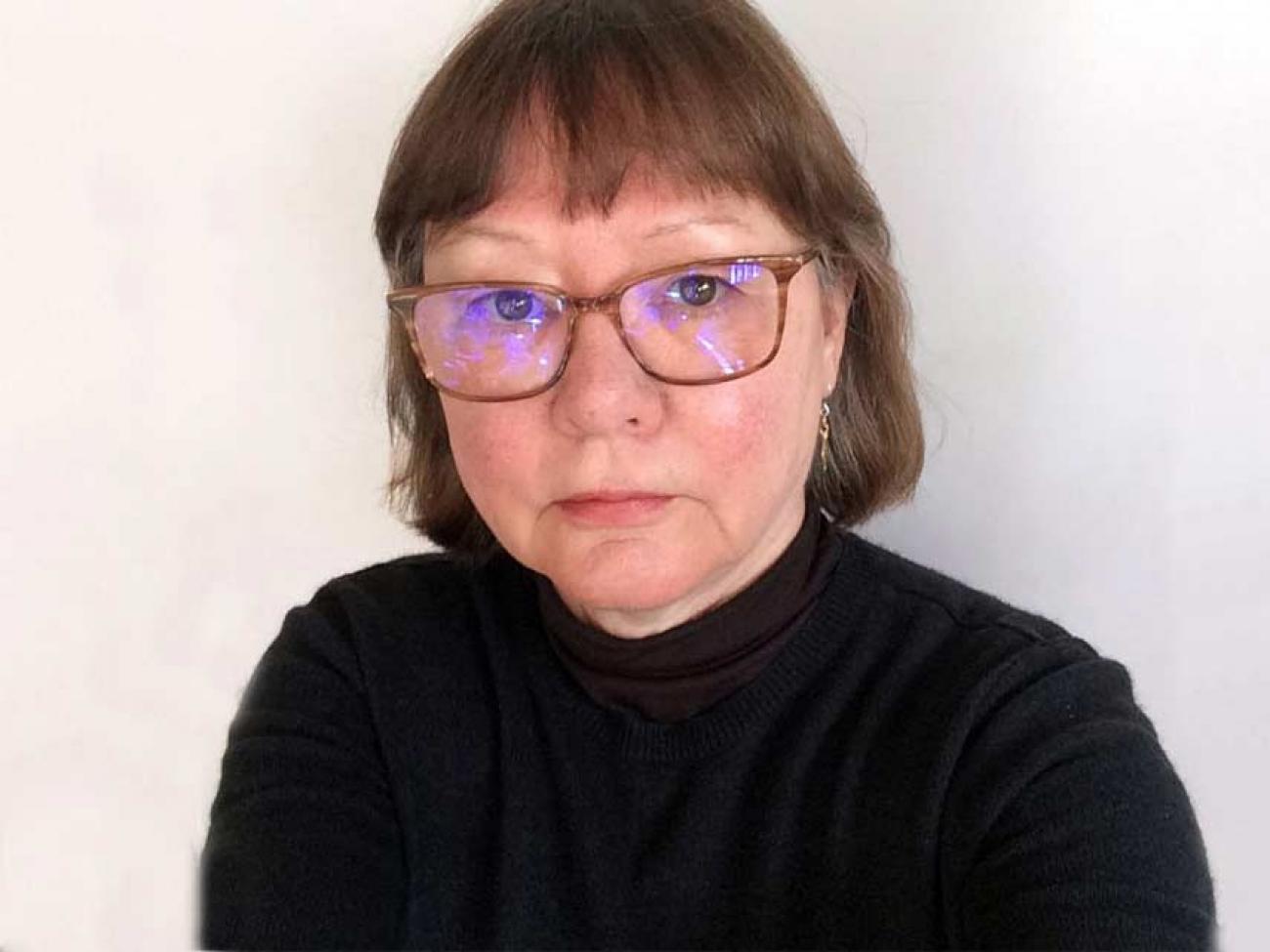 Our lab studies the molecular events underlying protein misfolding and aggregation in neurodegenerative diseases, notably Alzheimer’s (AD) and Parkinson’s disease (PD). We are especially interested in the consequences of aberrant myeloperoxidase (MPO) expression in neurodegenerative disease. Our studies uncovered a functional promoter polymorphism in an Alu element preceding the human MPO gene (-463G/A) that has been linked to risk for AD as well as to various cancers and cardiovascular disease. MPO generates reactive oxidants and nitrating species designed to kill microbes yet also can damage normal cells.  Nitrative damage to proteins is linked to AD, and is thought to impair proteasome function in AD leading to accumulation of protein aggregates. MPO expression is normally restricted to myeloid cells, but the human MPO gene can be induced under conditions of stress such as in neurons in AD or PD. The mouse MPO gene lacks the Alu and is not expressed in neurons, which led us to generate a humanized MPO mouse model that replicates the aberrant expression in neurons in human AD and PD. The huMPO mouse models were crossed to an APP overexpressing model of AD, resulting in greater impairment of spatial memory, greater oxidative damage, and increased phospholilpid peroxidation similar to patterns seen in AD brain.

Proteostasis refers to the ability of brain or other tissue to remove damaged or misfolded proteins for recycling. In neurodegenerative diseases, there is often impairment of proteostasis due to the accumulation of a-synuclein (a-syn) aggregates in PD or amyloid-beta in AD. These small proteins are prone to misfolding and are neurotoxic. Misfolded a-synuclein at the presynaptic terminus is thought to impair the release of neurotransmitters resulting in synaptic dysfunction and memory loss.

We are studying Siah E3 ligases in mouse models of AD and PD. In a-synuclein overexpressing models of PD, the elimination of Siah leads to worse motor disease indicating Siah is protective likely by aiding in the removal of misfolded proteins such as a-syn. However, in the presence of the human MPO transgene, loss of Siah greatly improves motor abilities, indicating that Siah is pathogenic. We are investigating the mechanisms by which Siah effects can be positive or negative in conditions of greater oxidative stress such as in presence of MPO expression.

The highly abundant Alus elements evolved to contain four hexamer repeats related to the canonical hormone response element that is recognized by various nuclear receptors including PPARg-RXR and TR-RXR.  This suggests that Alu elements function as mobile enhancers that integrated throughout the primate genome 50 million years ago, and this likely generated diversity in gene expression patterns that contributed to primate evolution. At the time when the human genome was published and revealed an unexpected conservation of Alu sequences in gene rich regions, our findings were described in The New York Times, New Scientist, and Discover magazine. Alus were no longer junk.

Aberrant expression of myeloperoxidase in neurons and astrocytes leads to increased risk for Alzheimer’s and Parkinson’s diseases.

The myeloperoxidase gene was found to be regulated by a polymorphism in an upstream Alu element, bringing it under control of nuclear receptors. While MPO is considered a myeloid specific gene, our studies revealed aberrant expression of MPO in non-myeloid cells in stressed disease states.  To study the role of MPO in disease, we created a mouse model expressing the intact human MPO gene with extensive promoter sequences such that the expression of MPO is like that seen in human disease. In mouse models of Alzheimer’s and Parkinson’s disease,  MPO is induced in neurons and astrocytes giving rise to lipid peroxidation, protein oxidation, and greater neuropathology in PD as well as in the mouse models. We showed the Alu SNP creates a higher expressing MPO genotype that is linked to greater risk for AD. Other groups have since confirmed that this MPO Alu polymorphism is linked to risk for AD in addition to cancers and cardiovascular disease.

Our studies showed the higher expressing MPO genotype is linked to risk for cancer.

Our genetic studies first associated the MPO -463GA SNP with increased risk for acute promyelocytic leukemia, lung cancer, and ovarian cancer. The oxidants generated by MPO, notably bleach (HOCl), damages DNA leading to mutations and cancer. The MPO polymorphism has now been linked to risk of various types of cancer in over 100 studies. The polymorphism has also implicated MPO as a causative agent in hepatic fibrosis, vasculitis, and cystic fibrosis. In our recent work we have explored the processing and trafficking of myeloperoxidasae in a cancer cell line, T47D. This study provided new information on how myeloperoxidase is processed. In addition, it demonstrated that cells besides myeloid cells are able to traffic myeloperoxidase.

Our studies showed that higher MPO expression is linked to increased risk for cardiovascular disease.

Our huMPO model has been used to provide evidence that MPO promotes atherosclerosis and cardiovascular disease as well as hyperlipidemia and obesity. My lab is also working on developing MPO inhibitors to be used as therapeutics in atherosclerosis and other diseases. 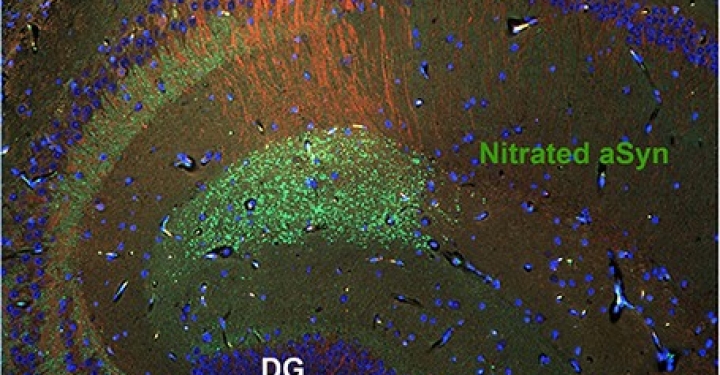 Aberrant expression of myeloperoxidase in astrocytes promotes phospholipid oxidation and memory deficits in a mouse model of Alzheimer disease.

MPO and APOEepsilon4 polymorphisms interact to increase risk for AD in Finnish males.

Human myeloperoxidase (hMPO) is expressed in neurons in the substantia nigra in Parkinson's disease and in the hMPO-α-synuclein-A53T mouse model, correlating with increased nitration and aggregation of α-synuclein and exacerbation of motor impairment.

Myeloperoxidase-catalyzed oxidation of cyanide to cyanate: A potential carbamylation route involved in the formation of atherosclerotic plaques?