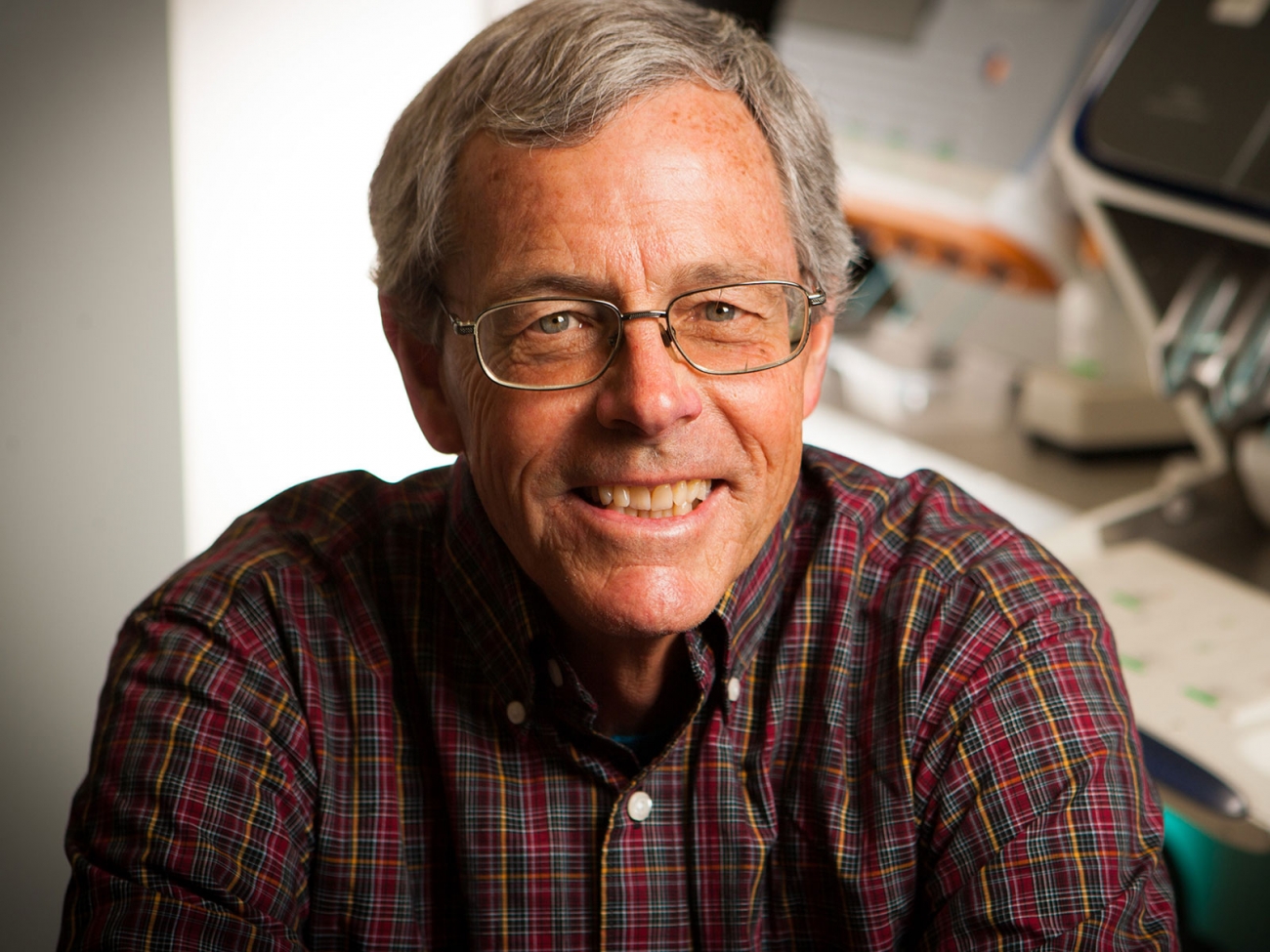 The NG2 chondroitin sulfate proteoglycan is a membrane-spanning protein expressed by several types of immature progenitor cells, including oligodendrocyte progenitors, chondroblasts, skeletal muscle myoblasts, smooth muscle cells, and pericytes. NG2 is also expressed by several types of highly malignant neoplasms, including melanomas, glioblastomas, and lymphomas (Burg et al, 1998). Both the progenitor cells and the tumor cells are mitotic and in some cases highly motile. There is evidence to suggest that NG2 plays a role in both growth control and motility during the development of these cell types. We are currently investigating systems in which NG2 appears to be involved in the signaling mechanisms that control these processes. We have identified three classes of signal transduction mechanisms that may be mediated or modulated by NG2.

NG2 is required for optimal activation of the PDGF alpha receptor by PDGF-AA. NG2-positive smooth muscle cells migrate and proliferate well in response to both PDGF-AA and PDGF-BB, while NG2-negative smooth muscle cells (derived from NG2 knockout mice) respond only to PDGF-BB (Grako et al, 1999). Since we can show that the alpha receptor does not undergo autophosphorylation in response to PDGF-AA, we believe the defect in the NG2-negative cells must lie at the level of receptor activation. We have now demonstrated that NG2 is capable of binding PDGF-AA (but not PDGF-BB) with fairly high affinity, and thus may participate in sequestering the growth factor or in presenting it to the signaling receptor (Goretzki et al, 1999). In this case, therefore, we believe that NG2 plays an auxilliary role to the actual signal transducing molecule.

NG2-positive smooth muscle cells and several NG2-positive cell lines also proliferate and migrate well in response to soluble type VI collagen, an extracellular matrix ligand for the proteoglycan. In contrast, the NG2-negative counterparts of these cells respond much less effectively. We have preliminary indications that the response to soluble type VI collagen involves activation of the MAP kinases Erk-1 and 2, similar to what is seen during stimulation with growth factors. Further experiments will be required to elucidate the details of this signaling cascade and to determine whether NG2 is involved directly or indirectly in activating this pathway.

The third signaling mechanism is observed upon engagement of NG2 by the substratum, a process that results in cell spreading and migration. Importantly, spreading and migration do not occur with cells expressing NG2 variants lacking the cytoplasmic domain of the proteoglycan, suggesting that interaction of NG2 with cytoplasmic ligands is required for these processes to take place. Analysis of the cytoskeletal rearrangements taking place in spreading cells reveals the extension of both filopodia and lamellipodia in response to NG2 engagement (Figure 1). These two processes are thought to be controlled by activation of the rho family GTPases cdc42 and rac, respectively, suggesting that NG2 engagement triggers activation of these GTPases. We are currently investigating the details of the signaling cascades involved in these phenomena, as well as attempting to identify cytoplasmic binding partners for NG2 which may serve as effector molecules for activation of downstream signaling events. 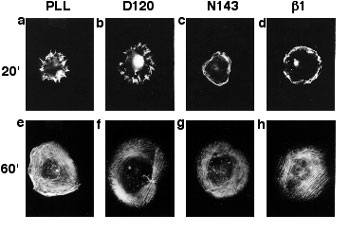 Organization of Actin in Spreading U251 Transfectants

Wild type NG2 transfectants were allowed to spread for 20 (a-d) or 60 (e-f) minutes on surfaces coated with PLL, mAb D120, mAb N143, or mAb beta(1). Cells were then fixed with two percent paraformaldehyde and stained with rhodamine phalloidin to allow visualization of filamentous actin. Radial actin spikes characteristic of filopodia were seen on PLL and mAb D120, while cortical actin bundles characteristic of membrane ruffles were seen on mAb N143 and mAb beta(1). After 60 minutes, stress fibers were apparent in all cases. 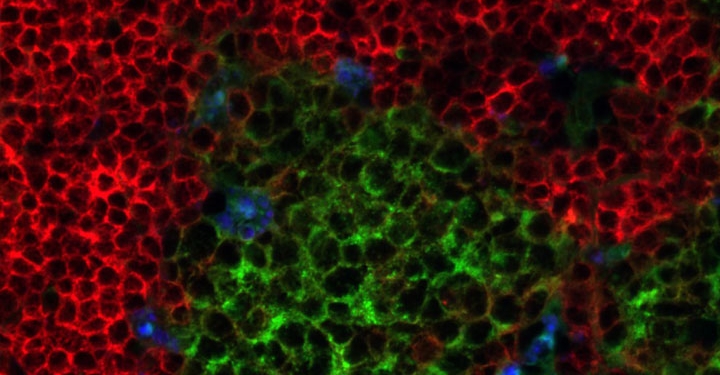 The NG2 Proteoglycan in Pericyte Biology.