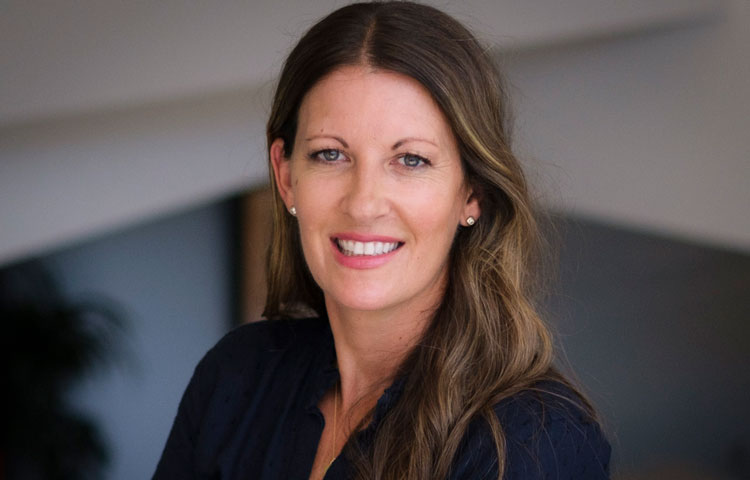 Sanford Burnham Prebys Medical Discovery Institute is pleased to announce that the American Cancer Society (ACS) has awarded Brooke Emerling, Ph.D., a Research Scholar Grant to study a new approach to targeting tumors that have a mutation in the p53 gene—the most altered gene in human cancers. The grants are often a career-launching award for “rising stars” in the cancer research arena. The four-year grant will help advance Emerling’s research toward eliminating cancer as a major health problem.

“I’m so thankful for the support of the ACS, and excited to start this project,” says Emerling, an assistant professor at Sanford Burnham Prebys. “This grant will allow us to further explore a family of kinases called PI5P4K as targets for p53 mutant tumors. We are initially focused on advancing the approach for ovarian cancer, but there are other cancers that could benefit, including breast, lung, pancreatic, colorectal, lung and brain tumors.”

The p53 gene is a tumor suppressor gene that normally works to stop cancer from forming. However, when mutated or inactive, it can play a role in the persistence, growth and spread of a cancer that develops. Due to the importance of p53 mutations, researchers have been looking for ways to reactivate the gene, but it’s been difficult to directly target p53 with drugs.

“The American Cancer Society’s Research Scholar grants are highly competitive, and the recipients represent outstanding young investigators with great potential in cancer research,” says Michael Melner, Ph.D., senior scientific director of Molecular Genetics and Biochemistry of Cancer at the American Cancer Society. “Dr. Emerling’s award is a highly innovative project that integrates state-of-the-art biochemical, cell biology and genetic approaches to understand the role of p53 in cellular metabolism in cancer. Furthermore, the project has the potential of identifying new ways to target cancers with mutations in the p53 gene.”