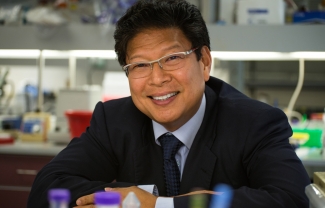 Alzheimer’s is one of the most frightening diseases of our time. Of the top 10 causes of death in the U.S., it is the only disease for which no effective or preventative treatment exists. Recent clinical trial failures have only deepened the pain of patients and their families.

To learn about the state of Alzheimer’s research in the wake of these setbacks—and whether there is hope on the horizon—we caught up with Alzheimer’s expert Jerold Chun, M.D., Ph.D., professor and senior vice president of Neuroscience Drug Discovery at Sanford Burnham Prebys. Chun and his team recently published a Nature study that suggests a potential Alzheimer’s treatment may be closer than we think.

About Jerold Chun
Jerold Chun, M.D., Ph.D., is a world-renowned neuroscientist who seeks to understand the brain and its diseases. His research has discovered genomic mosaicism and somatic gene recombination, surprising phenomena whereby cells in the brain actually have different genomic DNA sequences that can change with disease states. Chun’s research continues to shed light on Alzheimer’s disease, Parkinson’s disease, multiple sclerosis and other neurodegenerative diseases as well as neuropsychiatric disorders and substance abuse.