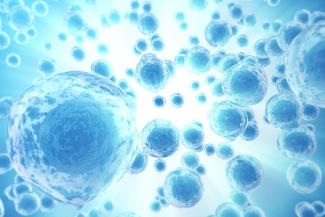 Scientists at Sanford Burnham Prebys Medical Discovery Institute have reprogrammed cancer cells back into their pre-cancer identity—opening new doors for studying how cancer develops and how it might be prevented. The research, published in Stem Cell Reports, may lead to tests that identify cancer early on, when it can be more easily treated, and uncover preventive treatments that stop cancer before it starts.

“We believe we have been able to contribute to one of the major goals of modern cancer research: creating next-generation models for studying how cancer develops from its earliest state,” says Evan Snyder, M.D. Ph.D., professor and director of the Center for Stem Cells & Regenerative Medicine at Sanford Burnham Prebys and senior author of the study. “We essentially took an adult cancer that has accumulated many mutations and pushed it back to the earliest stages of development, allowing us to emulate a tumor’s premalignant state. Then we watched cancer emerge from normal cells before our eyes.”

Turning back the clock on cancer

In the study, the scientists set out to transform cells from anaplastic thyroid tumors—an aggressive, fast-growing cancer that is nearly always diagnosed at late stages—into induced pluripotent stem cells (iPSCs). These cells model the embryonic cells that are present at the earliest stages of human development and can become any cell in the body. While iPSCs are used today to create unlimited supplies of cells for research and therapeutic purposes—usually to correct abnormalities—the scientists recognized that tumor-derived iPSCs could be used to study the development of cancer.

However, this feat turned out to be easier said than done. The standard reprogramming method didn’t work, requiring the researchers to hunt for a different method that would induce the cancer cells to reset. Inhibiting a protein called RAS was the key ingredient that coaxed these thyroid cancer cells to become normal iPSC cells.

“We have named the pathway that is critical for making a cancer cell act as if it were a normal cell its ‘reprogram enablement factor,’” explains Snyder. “That factor will likely be different for every cancer and, in fact, may help in defining that cancer type.

“For this cancer type, which we examined in our study as a proof-of-concept, the reprogram enablement factor turned out to be blunting an overactive RAS pathway,” Snyder continues. “Our results suggest that losing control of RAS was the ‘big bang’ for this cancer—the very first event that leads to out-of-control cell growth and development of a tumor.”

The scientists next plan to reprogram additional cancers—including brain and lung cancer—into iPSCs to determine their “reprogram enablement factors.” If successful, they will next map the molecular changes that occur immediately before and after the tumors develop, which could reveal early signals of cancer and new preventive or early treatment measures.

“Unlike other cells, cancer cells are notoriously resistant to reprogramming,” says Snyder. “Our study is the first to successfully reprogram cancer cells into completely normal iPSCs, which opens new doors for cancer research.”