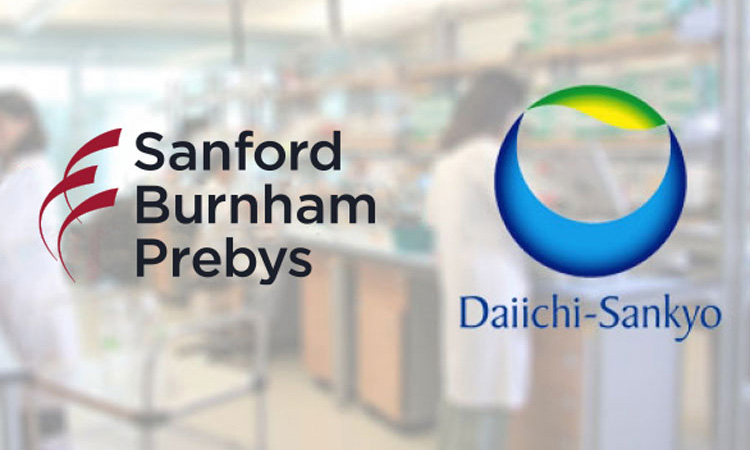 A Phase 2 clinical trial has started of DS-1211 in individuals with pseudoxanthoma elasticum (PXE), a rare multisystem genetic disease that causes calcium deposits in soft tissue resulting in considerable morbidity. DS-1211 is a potential first-in-class small molecule developed through a research collaboration between Daiichi Sankyo and Sanford Burnham Prebys.

“Calcification is an essential, tightly regulated process in skeleto-dental tissues,” says José Luis Millán, Ph.D., a professor at Sanford Burnham Prebys. “But when the process goes awry and occurs in ‘soft’ tissues—known as ectopic calcification—it can be extremely dangerous. There’s an unmet medical need for treatments to prevent ectopic calcification, and this drug could help meet that need.”

PXE affects approximately one in 25,000 people. It causes tissues in the body to improperly accumulate minerals, which leads to changes in skin texture, problems with vision, and cardiovascular disease in the later stages. PXE is a progressive disease without a cure, which means that for most people, the disease only tends to get worse.

"The foundational science for DS-1211 comes from the pioneering research of Dr. Millan, whose work led to a molecular and cellular understanding of how physiological mineralization is controlled,” says Michael Jackson, Ph.D., senior vice president of drug discovery and development at the Institute’s Conrad Prebys Center for Chemical Genomics (Prebys Center).

The Prebys Center played a key role in the development of DS-1211 by leading the drug discovery effort, from assay development and chemical-library screening to lead optimization, which ultimately resulted in a potent selective inhibitor of tissue-nonspecific alkaline phosphatase (TNAP) that showed efficacy in an animal model of PXE. The program was licensed to Daiichi Sankyo in 2015, and a compound, DS-1211, was selected as a clinical candidate.

In 2017, DS-1211 was tested in Phase 1 clinical trials of healthy volunteers. The Phase 2 study will test dosing, safety and pharmacological properties of the investigational drug in individuals diagnosed with PXE.

“This could be the first drug of its kind that can target ectopic calcification without impairing physiological skeletal and dental mineralization and that is very exciting,” says Millán. “While we don’t know what the outcome of the trial will be, it could make a major difference in the lives of people with PXE and other ectopic calcification disorders.”