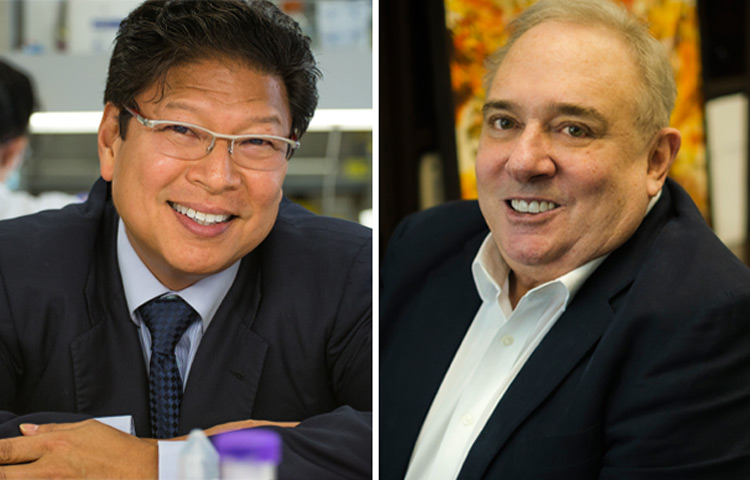 Over the last decade, the publications of Jerold Chun and Randal J. Kaufman are among the top 1% in the world for number of citations

Two researchers from Sanford Burnham Prebys have been included on Clarivate’s 2021 Highly Cited Researchers list, a ranking of influential researchers around the world based on the number of times their work has been cited in peer-reviewed publications over the last decade.

“It is increasingly important for nations and institutions to recognize and support the exceptional researchers who are driving the expansion of the world’s knowledge,” says David Pendlebury, Senior Citation Analyst at the Institute for Scientific Information at Clarivate. “This list identifies and celebrates exceptional individual researchers at Sanford Burnham Prebys who are having a significant impact on the research community as evidenced by the rate at which their work is being cited by their peers. The research they have contributed is fueling the innovation, sustainability, health and security that is key for our society’s future.”

In addition to publishing research of the highest quality, researchers who appear on the list also produce work that is useful to their peers, accelerating the advance of scientific discovery. This year’s list includes 6,602 researchers from more than 70 countries and regions.

Jerold Chun, M.D., Ph.D. – Unraveling the mysteries of the brain
Jerold Chun’s discoveries have shaped our understanding of the brain. His group was the first in the world to identify genetic mosaicism and somatic gene recombination in the human brain, helping shed light on what causes Alzheimer’s disease and how it may be treated with existing drugs that can block the creation of gene variants. His ongoing work on the brains of people with Down syndrome is also helping to reveal why these people invariably get Alzheimer’s later in life. Chun’s other neuroscience discoveries have further contributed to our understanding of a range of other diseases, including multiple sclerosis, hydrocephalus, schizophrenia, neuropathic pain, infertility and fibrosis.

Randal J. Kaufman, Ph.D. –Discovering how proteins fold
Randal J Kaufman has a legacy of scientific contribution that extends across academia and industry alike. His landmark studies in the 1980’s contributed to the discovery of the unfolded protein response, a ubiquitous cellular stress response that occurs when misfolded proteins accumulate in cells. This response has been associated with an enormous array of human disease, including cancer, neurological, metabolic, genetic and inflammatory disorders, as well as the symptoms associated with aging. Today, his work continues to focus on explaining how and why misfolded proteins contribute to cell malfunctions and death, and his findings continue to shape the research of others through his highly cited publications.