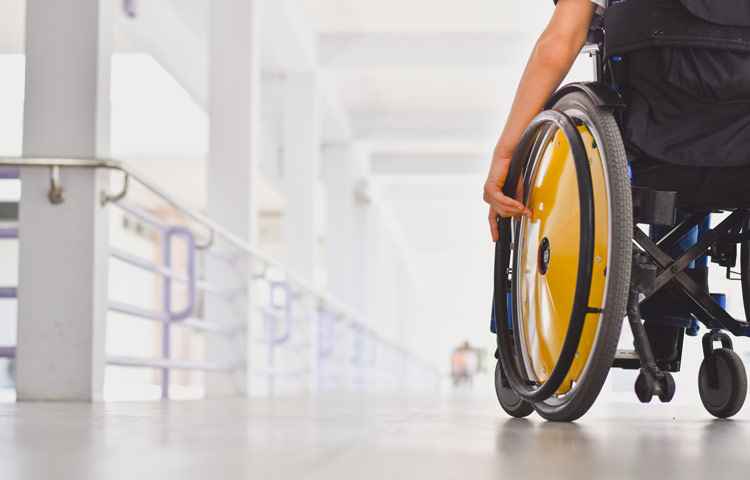 The study reveals a promising new therapeutic approach for the incurable muscle-wasting condition.

“Our study shows that extracellular vesicles are bioactive mediators that can transfer the benefits of medicine—in this case, HDAC inhibitors (HDACi)—to treat DMD,” says Pier Lorenzo Puri, M.D., Ph.D., professor in the Development, Aging and Regeneration Program at Sanford Burnham Prebys and co-corresponding author of the study. “We discovered the promise of this treatment almost 20 years ago and did all of the preclinical work, which led to a current clinical trial for boys with DMD. However, the therapeutic potential of HDACi has been so far limited by its systemic adverse effects.”

In the current clinical trial, boys with DMD are treated with HDACi at suboptimal doses due to the risk of adverse side effects. The scientists are hopeful that extracellular vesicles might provide a cell-free, non-immunogenic, transplantable tool for local delivery of bioactive particles that transfer HDACi to dystrophic muscles, thereby overcoming the undesirable secondary effects caused by chronic use at high doses.

“We believe this novel approach of using pharmacologically corrected extracellular vesicles may be used to safely deliver drugs such as HDACi directly to dystrophic muscles to obtain the beneficial action that would otherwise only be achieved at higher, toxic doses,” says Puri.

Extracellular vesicles are bioactive particles, meaning they have an effect in the body. They have recently attracted significant attention from the biomedical community because of their therapeutic potential. These particles contain information in the form of DNA, RNA or proteins and are exchanged from one cell to another. Alterations in the content of these particles leads to faulty communication between cells in dystrophic muscles and changes their behavior. In this study, the scientists discovered that these content alterations can be corrected to restore the physiological communication between the cells of dystrophic muscles.

Prior research from Puri’s team showed that as DMD progresses, special muscle-healing cells called fibro-adipogenic progenitors (FAPs) become corrupted and start to promote muscle wasting and fibrosis. The team suspected that altered communication between FAPs and muscle stem cells—perhaps via extracellular vesicles—might be part of the problem.

To answer this question, Martina Sandonà, Ph.D., first author of the study, and her colleagues conducted a series of experiments using muscle biopsies from boys with DMD who are enrolled in the clinical trial testing experimental HDACi treatment as well as a mouse model of DMD. The scientists were able to show that as DMD progresses, cellular communication via extracellular vesicles is progressively altered over time, which impairs the regeneration potential of DMD muscles. Importantly, the researchers demonstrated that correcting the content of the extracellular vesicles with an HDAC inhibitor activates muscle stem cells and promotes regeneration while reducing fibrosis and inflammation.

“Our findings can likely be extended to other conditions and diseases, as pharmacologically ‘lifted’ extracellular vesicles could be exploited as a general therapeutic tool in regenerative medicine,” says Valentina Saccone, Ph.D., group leader at Fondazione Santa Lucia IRCCS, tenured assistant professor at Università Cattolica del Sacro Cuore and co-corresponding author of the study. “These particles might also be used as an adjuvant approach for other treatments, such as gene or cell therapies.”

A ray of hope

Treatment advances can’t come soon enough for people with DMD and their loved ones. The genetic condition is caused by a lack of dystrophin, a protein that strengthens muscles, and causes progressive muscle degeneration. DMD primarily affects boys, with symptoms often appearing between the ages of 3 and 5. With recent medical advances, children with DMD now often survive beyond their teenage years into their early 30s, but effective treatments are still needed.

“For children and adults living with DMD and their families, research provides a ray of hope for a better future,” says Filippo Buccella, founder of Parent Project Italy, which has provided continual support to Puri’s team for the last 20 years. “This study uncovers a promising new therapeutic approach for DMD and brings us one step closer to treatments that may help children maintain muscle strength for as long as possible and live long, fulfilling lives.”

“The more options we have to treat DMD, the better, as it’s likely that drugs with different mechanisms of action could be more effective in combination,” says Sharon Hesterlee, Ph.D,, executive vice president and chief research officer of the Muscular Dystrophy Association. “Dr. Puri’s work represents a unique approach that could prove complementary.”