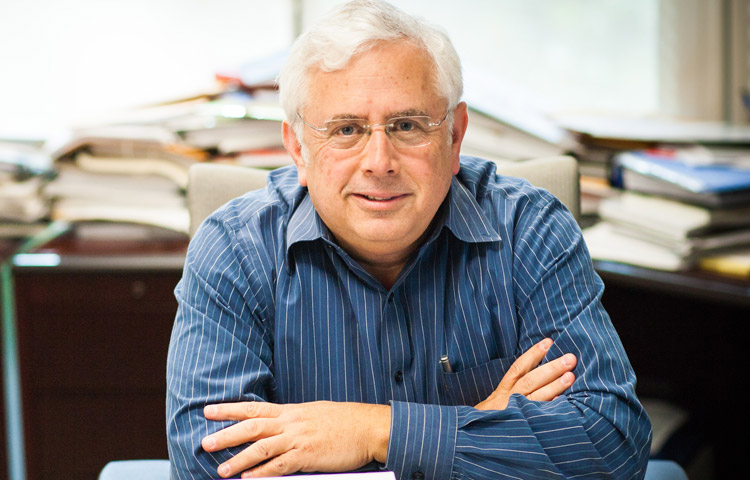 Established in 1976, the Cancer Center is one of only seven NCI-designated Basic Laboratory Cancer Centers in the nation—a distinction that conveys scientific leadership, resources, and depth and breadth of basic science research.

Ronai is an internationally recognized scientist with extensive discoveries and innovations in cancer research. His research in cancer biology has focused on the rewiring of signal transduction pathways, which has led to novel scientific paradigms and formed the basis for clinical trials to treat malignancies. He is well known for his insightful work on the development and progression of melanoma, including how tumors escape the immune system and resist therapy. Ronai, the recipient of a Lifetime Achievement Award from the Society for Melanoma Research and a current holder of the NCI’s prestigious Outstanding Investigator Award, previously served as interim director of the Cancer Center.

“Ze’ev has already made significant contributions to our Cancer Center, through both his leadership and his scientific achievements,” says Kristiina Vuori, M.D., Ph.D., president of Sanford Burnham Prebys and Pauline and Stanley Foster Presidential Chair. “As Cancer Center director, he will ensure that we maintain our reputation as a premier venue for discovery and translational research, collaboration and educating the next generation of scientists.”

As director, Ronai will set the vision, priorities and strategies for the Cancer Center. He will play a central role in coordinating basic science across the research programs to translate scientific findings into new approaches for cancer prevention, diagnosis and treatment.

“I’m honored to be named director of our outstanding Cancer Center,” says Ronai. “With the exceptional scientists at Sanford Burnham Prebys, who have a reputation for cutting-edge cancer research, there are limitless possibilities as to what we can accomplish together.”

“Ze’ev is well equipped to lead our outstanding team of cancer researchers into an exciting future of discovery and innovation,” says C. Randy Mills, Ph.D., CEO of Sanford Burnham Prebys. “He promotes research excellence, has a proven track record and is dedicated to advancing the mission of the Institute. We look forward to supporting Ze’ev as we pursue research initiatives that will make a solid impact on patient care.”

Ronai received his bachelor’s degree and doctorate from the Hebrew University in Jerusalem. Following postdoctoral training at Columbia University and tenure at Mount Sinai School of Medicine in New York, he joined Sanford Burnham Prebys. Ronai has held several leadership positions at the Institute, including program director, scientific director, chief scientific advisor, deputy director of the Cancer Center, and, most recently, interim director of the Cancer Center.